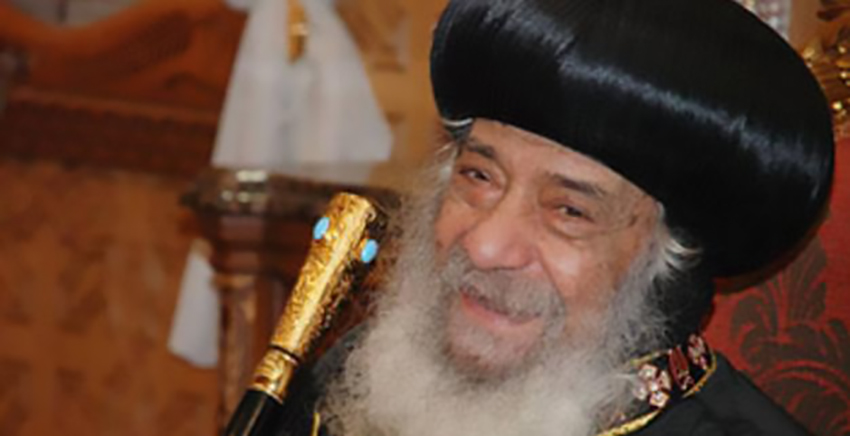 St Shenouda was born in ‘Shandweel’ in Sohag on the 2nd of May 333 AD. He was the only child to his parents. His father was a farmer who had a flock of sheep of whom he used to give to a certain shepherd to take care of. Shenouda would ask to join the shepherd and his dad approved so long as he would return home before sunset. Thus Shenouda often went with the shepherd, but he was always late in returning home. His parents therefore confronted the shepherd but he confirmed that he stuck to his promise to them. So he started monitoring the boy to see the reason behind him being late. After observing him, he found him praying with his hands lifted up to heaven, and his fingers glowing like light bulbs. He therefore returned Shenouda to his father and said, “take your son as I am not worthy of him staying with me”.

After these things his uncle Pigol, who was the Abbot of the monastery, took him in and the child’s holiness started to become clearer. It happened once that there was a demon possessed man, and when Shenouda placed his hand on him, immediately the devil left him. Another time he was sleeping, and his uncle saw an angel guarding him while he was asleep. On another occasion, an angel appeared to Pigol and gave him an “eskeem” to dress Shenouda with. He dressed him with it and Shenouda became a monk. When these thing happened, they heard a voice from heaven saying: “Today Shenouda is an Archimandrite” or the chief of the hermits.

Saint Shenouda was very strict in his monasticism. He placed many rules for the monks to follow, and God gave him the ability to read the minds of whoever approached him. He was very precise in the words that he said as he himself once said, “I never speak a word that Christ did not put in my mouth.” God gave him the ability to perform miracles as well of which his disciple Wissa talked about after the saints’ departure.

It happened once that some Nubian tribes attacked the villages in Akhmeem and stole all their money and belongings. When St. Shenouda heard about it, he went to them and negotiated with the chief of the tribe to leave the people alone, of which he agreed. St. Shenouda took all those people from the village and welcomed them in the monastery – there were about 2000 people. He would provide them with food and clothing for more than 3 months. He would spend around 25000 pounds weekly in order to feed them in addition to the vegetables that were grown in the monastery.

The holiness of St. Shenouda was known to everyone in his time. He defended the faith in his era, and stood up against the magicians and sorcerers and all those people who spoke about ‘jinx’. He used to rebuke whomever went to the magicians.

Saint Shenouda pursued good relationships with all the patriarchs that he served with. All patriarchs showed him the respect that he deserved. Even Pope Kyrillos took him with him to the council in Ephesus.

It happened once that some people from Akhmeem came and asked him a question saying, “Is there anyone in this generation that will ever be like St Anthony?” To which he replied saying, “If all the monks of this era unite as one, they would not make one Anthony.”

As for his writings, they are divided into 3 sections. The first one consists of 9 groups and are aimed for monks. The second are his sermons and teachings of which are 8 groups. Thirdly, we only have received about 10000 pages of his messages / epistles which have been lost throughout time. Now all his epistles are wide spread throughout the world, in museums and libraries under his holy name. 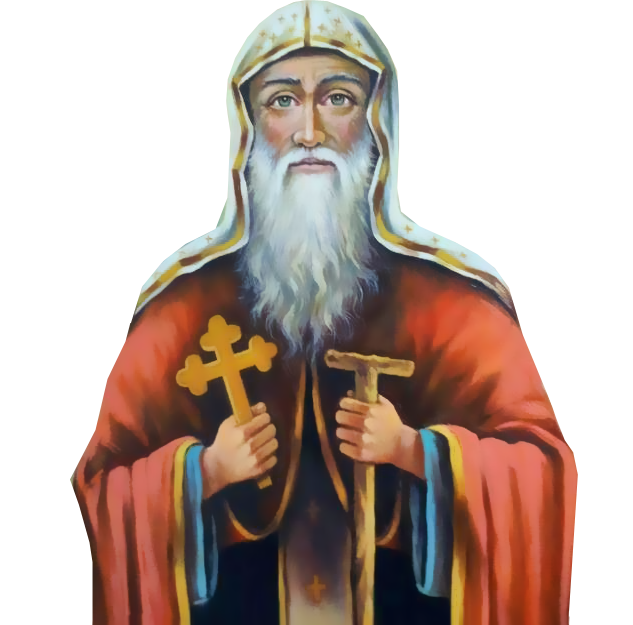