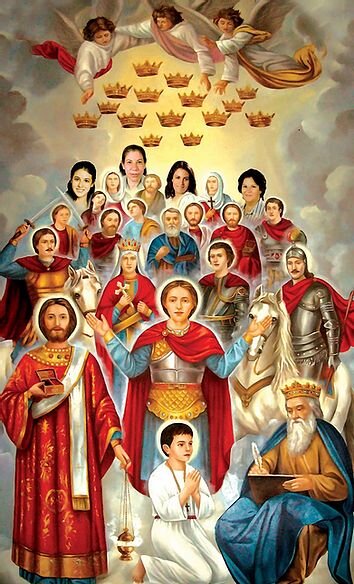 Our celebration of the feast of Nayrouz is an active form of witnessing to the Holy Trinity, the Lover of Mankind, who works in and for us. We experience the sweetness of the Father’s love who awaits our coming, the grace of the Only Begotten Son who honours us by partaking in His crucifixion, and the gift of the Holy Spirit who grants us to be transformed, so that we may become an icon for our Christ, as though we are flying with wings towards heaven. The incarnation of the Divine Word and His descent to us revealed to us the truth of the Father. In the past, many people worshipped gods with extreme fear, thinking that they would please them by offering human sacrifices. Whether from among their children or from among people taken captive of war. People thought that by wounding themselves with swords to satisfy the gods. They were terrifying gods! But, the incarnation of the Logos opened our eyes to see the Father full of love, Who finds pleasure in His Only Begotten Son and His Holy Spirit that the Son would offer Himself as a ransom on behalf of each person. His coming declared that God searches for me, runs after me, and offers everything for me, declaring that He loves first, before I knew Him. It is that He desires my peace, salvation and glory; He wants me to share with Him the joyful, glorious heaven.

He revealed to me His practical love on the Cross, establishing a new covenant, that He recorded in His Body, sealing it with His precious blood! He turns my inner wilderness into a paradise that carries the fruit of the Spirit; of love, joy and peace (Gal 5:22). He wants to turn my earth into a heaven!

The feast of Nayrouz and the new praise

The readings of the year begin in the Vespers of Nayrouz, with the psalm:

“Oh, sing to the Lord a new song! For He has done marvellous things; His right hand and His holy arm have gained Him the victory. Alleluia” (Psalms 98:1). He opened to us the gates of paradise! Where we are called to offer a new praise with the beginning of the new year. We are invited by the Church to ask for the grace of God which turns our suffering into praises and glory.

The feast of Nayrouz and enjoying the Divine Love

This feast occurs at the beginning of the Coptic year; and the Church, with its open heart for all of humanity, honours all of the renowned and unknown martyrs, regardless of their citizenships, since the believers carry one joint citizenship in heaven! We know one of the Lord, which St. Cyprian likens to a heavenly garden, full of red flowers (symbolising the martyrs) and white (the struggling believers).

Marvellous is the Church, because millions of her children were tortured and killed, and She considers it a divine and joyous gift, and arranges feasts that are continuous and unceasing, so that every son and daughter of the Church would wish and desire to become martyrs!

The word “Martyr” in Greek means “witness”. For the martyrs are believers that witnessed to God the Lover of humankind. They discovered the infinite love of the Father, who waits with open arms desiring to receive every believer into His bosom, and to keep them there with Him forever. This is the pleasure of the Father: that I find a special place for myself in His bosom. “Do not fear any external enemy, conquer yourself; then, you will triumph over the whole world.” – St. Augustine

The martyrs astonished the world with their joy over suffering and their thankfulness to God for tribulations. It is enough that historians of pagan backgrounds witnessed and documented how prisons were turned into heavenly churches, especially during the night of their martyrdom. The prisons on the night before a martyr’s death would be turned into a joyful celebration, in which voices of joy, praise and spiritual hymns were heard. It was not praise indicating their desire to die or pleasure of getting rid of the world and its troubles. But rather, everyone was full of joy because of their

mysterious desire to go and be united with their dearly beloved, who they have long awaited with great expectation. This is the joy of martyrdom.

An Image of Salvation 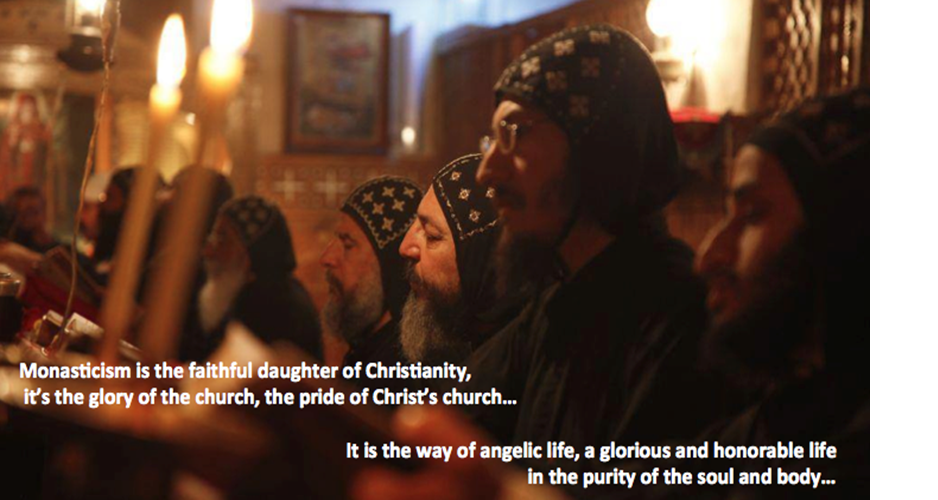 H.G. Bishop Youssef - March 25, 2016
0
Monasticism is the backbone of the church that protects it and carries it just like how Moses was to Joshua in his fight against...