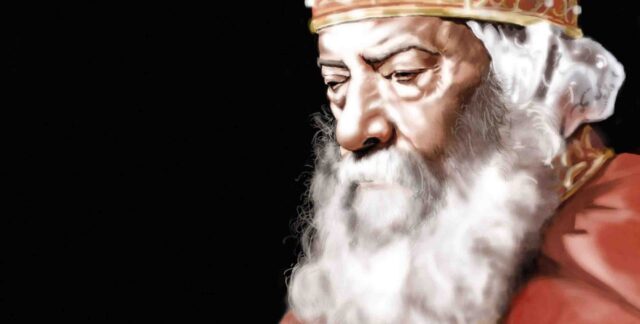 By: His Holiness Pope Shenouda III

The Feast of Nayrouz means the feast of commemorating the martyrs and we do not commemorate the martyrs once a year, but it is as if we commemorate them every day. If those among you read the Synaxarium you will find that every day it says, “In this day the Church commemorates…” and inevitably they contain a number of martyrs.

The martyrs in their martyrdom demonstrated the deepest form of love towards God. Our Lord Jesus Christ said, “Greater love has no one than this, than to lay down one’s life for his friends” (John 15:13). The martyrs loved God more than their personal lives, and they laid down that life for Him. In their martyrdom they not only displayed the depth of their love to God, but it also contains the depth of their courage.

It was with the depth of courage that they witnessed to Christ publicly even though the consequences of that witness may have led to their death. This is why St. John the Baptist, for example, whom the Lord described as, “among those born of women there was not risen one greater than John the Baptist” (Matthew 11:11), was a witness and a martyr at the same time. It is very likely that the term ‘martyr’ came from the term ‘to witness’, to witness to the faith, even if this ultimately lead to the person’s death for the sake of that witness.

We notice that our fathers the apostles who received the faith from Our Lord Jesus Christ and spread it in the world, almost all ended their lives with martyrdom. This is with the exception of St. John the beloved who ended up being severely tortured more than those who were martyred.

The martyrs, therefore, have the depth of love for God whom they loved more than their lives. They also have the depth of faith. The faith which they held onto until death and this faith was not stopped by any threats or sufferings. They fulfilled the true depth of our Lord Jesus Christ’s command, “you shall be witnesses to Me” (Acts 1:8).

Furthermore they were an incredible example to all the generations in witnessing to the faith and being steadfast despite all the torture and persecutions. They are the ones who preserved the faith for us with their blood until it was given to us intact. This is why we consider the martyrs to be the seeds of faith, and the foundation of faith in the church.

Martyrdom began from the beginning of Christianity and has remained with her throughout her journey through time. It started from the beginning of Christianity for as our Lord said, “In the world you will have tribulation” (John 16:33). Many are those who tried to run away from this tribulation but the martyrs did not run away from tribulation, rather they bore it and persevered through it. He said to them, “the time is coming that whoever kills you will think that he offers God service” (John 16:2). He also said to them, “I send you out as sheep in the midst of wolves” (Matthew 10:19). When Our Lord Christ called people to Christianity, He did not call them to a path strewn with rose petals, but He told them you will be taking a path containing tribulation and the threat of death.

Despite this they bore, and were patient, and steadfast all their lives. There even came a time when death was desired by people. It was not just the overcoming of the fear of death but it had become a desire for them to depart this world and be with Christ. As St. Paul says, “having a desire to depart and be with Christ, which is far better” (Philippians 1:23). To the extent that once 30000 Copts went out of Damanhour towards Alexandria seeking martyrdom and they sang hymns and praised God on the way. Death had become a desire to them.

How Do I Know My Calling? 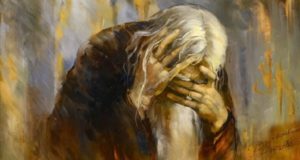 Repentance that changes the heart of God