Home Desert Fathers The Honour of Monks – From the life of St Anthony and...
Facebook
WhatsApp 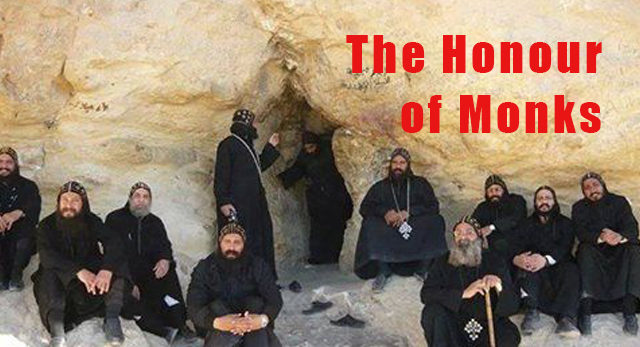 St. Bishoy struggled in much asceticism and many worships that made him worthy to see the Lord Christ. Emperor Constantine appeared to him in a vision, saying, “Had I known how great is the honour of monks, I would have abandoned my kingdom and became a monk.” St. Bishoy told him, “You have banished the heathen worship and exalted Christianity, and has not Christ given you anything?” Emperor Constantine answered him, “The Lord has given me many gifts, but none of them is like the honour of the monks.”

“And the fame of St Antony came even unto kings. For Constantine Augustus, and his sons Constantius and Constans the Augusti wrote letters to him, as to a father, and begged an answer from him. But he made nothing very much of the letters, nor did he rejoice at the messages, but was the same as he had been before the Emperors wrote to him. But when they brought him the letters he called the monks and said, ‘Do not be astonished if an emperor writes to us, for he is a man; but rather wonder that God wrote the Law for men and has spoken to us (Hebrews 1:2) through His own Son.’ And so he was unwilling to receive the letters, saying that he did not know how to write an answer to such things. But being urged by the monks because the emperors were Christians, and lest they should take offense on the ground that they had been spurned, he consented that they should be read, and wrote an answer approving them because they worshipped Christ, and giving them counsel on things pertaining to salvation: ‘not to think much of the present, but rather to remember the judgment that is coming, and to know that Christ alone was the true and Eternal King.’ He begged them to be merciful and to give heed to justice and the poor. And they having received the answer rejoiced. Thus he was dear to all, and all desired to consider him as a father.”

– From: The Life of Anthony 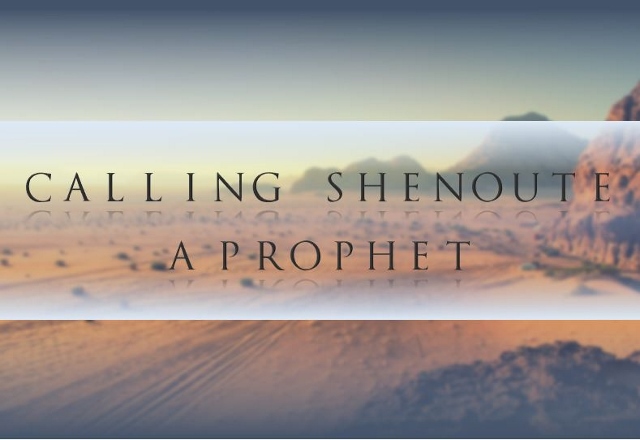 Featured Article - January 10, 2017
0
I am not sure that Shenoute ever explicitly called himself a prophet, but others have used the label for him frequently. What have they...