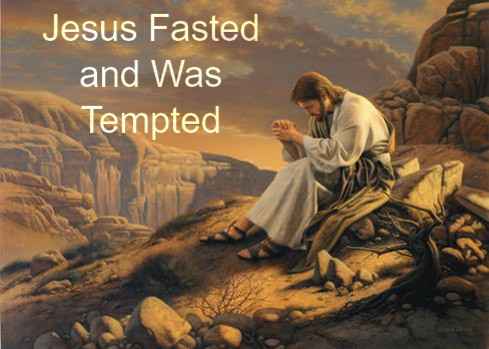 Why did Jesus fast?

“He sets before us His acts as our example,” (St. Cyril commentary on the Gospel of St. Luke) Christ humbled Himself and became man to show us how to return to the nature in which He created us and which was corrupted by the fall. If we want to be restored to Paradise then we have to follow his example by fasting.

2. To teach us that fasting is a sacrifice to God
“He raised his pure flesh to the Father as an offering and sweet incense on our behalf.” (St. Cyril of Alexandria, De recta Fide) Fasting is exactly that: offering our bodies as a sacrifice, an offering to God. In the Old Testament, people pleased God by offering animals. Christ came to show us how to please God in the New Testament. He offered his body as a sacrifice on our behalf by fasting on our behalf, and also by dying on the cross on our behalf. We cannot imitate Christ by dying on the Cross but the least we can do is imitate Him by fasting. St. Paul exhorts us in Romans 12:1 “present your bodies a living sacrifice, holy, acceptable unto God,” How to present my body as a living sacrifice holy and acceptable to God? By fasting

3. To teach us that only by fasting we can conquer Satan

“And observe, I pray, how the nature of man in Christ casts off the faults of Adam’s gluttony: by eating we were conquered in Adam, by abstinence we conquered in Christ.” (St. Cyril) Our Lord took on our nature that was conquered through Adam’s gluttony and gave us victory through his fasting. You want proof that Christ’s victory over Satan became ours? Hear what the Lord has said to us: “Behold I give you power to tread upon serpents and scorpions and upon all the power of the enemy.” (Luke 10:19) His victory became our victory but to uphold this victory we have to fast and pray as he did on our behalf in order to teach us.

Why did Jesus allow Satan to tempt Him?

1. To share our humanity in everything (except for sin)

St. Cyril tells us: “He accepted all that belongs to mankind, including temptations, so that we might now walk in his steps, he being triumphant over every sin.” (De Recta Fide) In St.Gregory’s Liturgy, we say: “Thou hast resembled us in everything save for sin only.” In order to resemble us in everything, He had to allow Satan to tempt Him like any one of us. The only difference is that we fall when we are tempted but he prevailed to teach us how to prevail.

2. To be able to help us when we are tempted

St. Paul tells us in Heb 2:18: “For in that he himself hath suffered being tempted, he is able to help them that are tempted”. Jesus had to suffer the temptations so that he can sympathize with us when we are tempted. He tells us the same thing in Heb 4:15: “For we have not a high priest which cannot be touched with the feeling of our infirmities; but was in all points tempted like as we are, yet without sin.”

3. To teach us that even in our weak humanity we can conquer Satan (as He did)

When Jesus was tempted, he was tempted in his flesh. He fought Satan as a man and not as God. St. Athanasius tells us that Satan would not dare to have a contest with the Divinity of Christ. The contest was between the humanity of Christ and Satan. St. Gregory of Nissa tells us: “He did not confront the devil with the power of his godhead, but triumphed over him with the body which was liable to suffering and death, so that by this body, sin should not enter the world once more, for it is through sin that death spread to all men; that by this body the impurity of sin may be blotted out; that in this body he may triumph over the prince of sin.”

4. To give us victory over Satan (through His victory)

Since Christ bore our defeated nature, his victory became our victory. St. Theodosius the 33rd Pope of Alexandria tells us in his letter to St. Severus of Antioch: For it was necessary that the nature which was defeated through Adam should as well be crowned with victory… It is a great thing that the Lord should triumph over Satan. Had he not triumphed over him in the flesh, had he not accepted all that befell his body (without sin) which is consubstantial with our body, and had he not accepted sufferings or mortified death in his flesh, the sting of death, which is sin, would have never been broken, nor would the power of death ever have been abolished. How then can we not boast of this victory, having thus been freed from captivity?”

You see how important for our salvation was the temptation of Christ?

“The Spirit of the Lord God is upon me; because the Lord hath anointed me to preach good tidings unto the meek; he hath sent me to bind up the brokenhearted, to proclaim liberty to the captives, and the opening of the prison to them that are bound; To proclaim the acceptable year of the Lord, and the day of vengeance of our God; to comfort all that mourn.” (Isa 61:1-2) This was the day of vengeance of our God. The day of the temptation is the day of vengeance“ And he saw that there was no man, and wondered that there was no intercessor: therefore his arm brought salvation unto him; and his righteousness, it sustained him. For he put on righteousness as a breastplate, and a helmet of salvation upon his head; and he put on the garments of vengeance for clothing, and was clad with zeal as a cloke.” (Isa 59:16-17) Satan was like Goliath, He boasted that no man dared come near him, in Isa 10:14 he boasts: I will shake the inhabited cities: and I will take with my hand all the world as a nest: and I will even take them as eggs that have been left, and there is none that shall escape me, or contradict me. But, like David took on Goliath and humiliated him, our Lord took on Satan and prevailed and as David’s victory was a victory for all of Israel, our Lord’s victory became a victory for humankind. St. Cyril tells us: Having left the habitations of cities, He dwelt in deserts: there He fasted, being tempted of Satan; there He gained victory in our behalf: there He crushed the heads of the dragon. The Book of Revelations tells us that Satan is like a dragon with 7 heads, Our Lord crushed all his heads. Again St. Cyril tells us: He arose therefore and helped, having taken the form of a slave, and being made in the likeness of men: for so did He as one of us set Himself as an avenger in our stead, against that murderous and rebellious serpent, who had brought sin upon us, and thereby had caused corruption and death to reign over the dwellers upon earth, that we by His means, and in Him, might gain the victory, whereas of old we were vanquished, and fallen in Adam.

Let us conclude this sermon with this hymn of victory that St. Cyril the Great teaches us:

Come therefore and let us praise the Lord, and sing psalms unto God our Saviour: let us trample Satan under foot; let us raise the shout of victory over him now he is thrown and fallen: let us exult over the crafty reptile, caught in an inextricable snare: let us too say of him in the words of the prophet Jeremiah, “How is the hammer of all the earth broken and beaten small! Thou art found and hast been taken, because thou stoodest against the Lord.” (Jer 50: 23-24) For of old, that is before the time of the advent of Christ the Saviour of all, the universal enemy had somewhat grand and terrible notions about himself: for he boastfully exulted over the infirmity of the inhabitants of the earth, saying, “I will hold the world in my hand as a nest, and as eggs that are left I will take it up: and no one shall escape from me or speak against me.” (Isa 10:14) And in very truth there was no one of those upon earth who could rise up against his power; but the Son rose up against him, and contended with him, having been made like unto us. And therefore, as I said, human nature, as victorious in Him, wins the crown. And this in old time the Son Himself proclaimed, where by one of the holy prophets He thus addresses Satan; “Behold, I am against thee, O corrupting mountain, that corruptest the whole earth.” (St. Cyril commentary on the Gospel of St. Luke)

Fasting as the Beginning of all Virtues 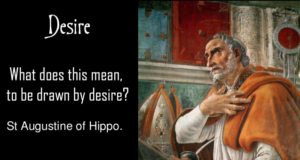 St Augustine - October 19, 2018
0
No one comes to me unless the Father draws him.  Do not think that you are drawn against your will; the will is drawn...