Home Christian Living Why make requests of God if He already knows what we need?
Facebook
WhatsApp 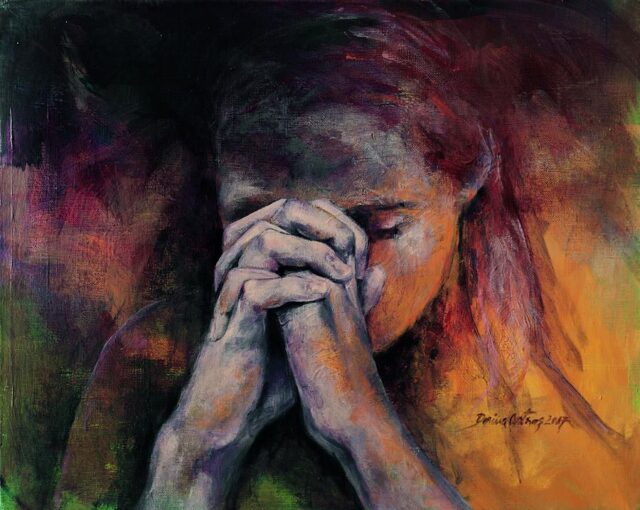 “Even if I grant your point and admit that answers to prayer are theoretically possible, I shall still think they are infinitely improbable.”  I don’t think it at all likely that God requires the ill – informed (and contradictory) advice of us humans as to how to run the world. If He is all-wise, as you say He is, doesn’t He already know what is best?  And if He is all-good, won’t He do it whether we pray or not?  “This is the case against prayer which has, in the last hundred years, intimidated thousands of people.

The usual answer is that it applies only to the lowest sort of prayer, the sort that consists in asking for things to happen. The higher sort, we are told, offers no advice to God; it consists only of “communion” or intercourse with Him; and those who take this line seem to suggest that the lower kind of prayer really is an absurdity and that only children or savages would use it. I have never been satisfied with this view.

The distinction between the two sorts of prayer is a sound one; and I think on the whole (I am not quite certain) that the sort which asks for nothing is the higher or more advanced. To be in the state in which you are so at one with the will of God that wouldn’t want to alter the course of events even if you could is certainly a very high or advanced condition. But if one simply rules out the lower kind two difficulties follow. In the first place, one has to say that the whole historical tradition of Christian prayer (including the Lord’s Prayer itself) has been for it has always admitted prayers for our daily bread, for the of the sick, for protection from enemies, for the conversion of the outside world and the like.

In the second place, though the other kind of prayer may be “higher” if you restrict yourself to it because you have got beyond the desire to use any other, there is nothing specially “high” or “spiritual about abstaining from that make requests simply because you think they’re no good. It might be a very pretty thing prayers (but, again, I’m not absolutely certain) if a little boy never asked for cake because he was so high-minded and spiritual that he didn’t want any cake. But there’s nothing specially pretty about a little boy who doesn’t ask because he has learned that it is no use asking. I think that the whole matter needs reconsideration. The case against prayer (I mean the “low” or old- fashioned kind) is this.

The thing you ask for is either good for you and for the world in general or else it is not. If it is, then a good and wise God will do it If it is not, then He won’t. In neither case can your prayer make any difference. But if this argument is sound, surely it is an argument not only against praying, but against doing anything whatever?

In every action, just as in every prayer, you are trying to bring about a certain result; and this result must be good or bad. Why, then, do we not argue as the opponents of prayer argue, and say that if the intended result is good God will bring it to pass without say your interference, and that if it is bad He will prevent it happening whatever you do? Why wash your hands? If God intends them to be clean, they’ll come clean without your washing them. If He doesn’t, they’ll remain dirty (as Lady Macbeth found) however much soap you use. Why ask for the salt? Why put on your boots? Why do anything? We know that we can act and that our actions produce results. Everyone who believes in God must therefore admit (quite apart from the question of prayer) that God has not chosen to write the whole of history with His own hand. Most of the events that go on in the universe are indeed out of our control, but not all. It is like a play in which the scene and the general outline of the story is fixed by the author, but certain minor details are left for the actors to improvise. It may be a mystery why He should have allowed us to cause real events at all; but it is no odder that He should allow us to cause them by praying than by any other method.

From: How to pray

Featured Article - March 18, 2016
0
“I suggest that, given what we know of the social tensions in Roman Egypt, the presence of an emerging culture of asceticism, and the...