The Church begins her daily service of worship at the hour of midnight in order to profess her belief in the second coming of Christ and in order to remember and also to be ready for His second coming. The Church has learned from the Lord in a parable that He would come in the middle of the night, ‘and at midnight there were shouts the groom is come’. This is why the Church wishes to be forever ready and waiting for this hour as the five wise virgins – so it can behold the coming of Christ and live it every day.

Order of the midnight prayer
We find that the first service of the midnight prayer revolves around the gospel of the ten virgins where waiting is crowned with hope. It is then followed by the second service of the midnight prayer which revolves around the gospel of the weeping sinner whose many sins the Lord forgave because with great energy, she unceasingly kissed the Lord’s feet, thus professing her great love. Here the Church actually experiences an encounter with the Lord in which every soul uncovers its sins in the same manner, while showing its great love through the energy of prayers and gratitude in the same manner (though unseen) of kissing the Lord’s feet: the heart’s sighing in place of the tears, and the successive adoration in place of wiping his feet with the hope of forgiveness. “So I also can hear that voice full of joy saying, ‘Your faith has saved you’ “.

Then follows the third service of the midnight prayer which revolves around the gospel of the “little flock” to whom the Lord promised the kingdom of Heaven (Luke 12:32) so that they may have no fear. In this gospel the Church lives reassured of God’s promise to actually give her the Kingdom of heaven and by this reassurance she lives her day in the Father’s delight. The third service is concluded with the Gospel verse ‘Release your servant in peace because my eyes have seen thy salvation’. Here the Church expresses a state of transfiguration which she lives, as if she has been assumed to the Kingdom and has become transfigured in the divine Presence.

St Mary As An Example of Virginity 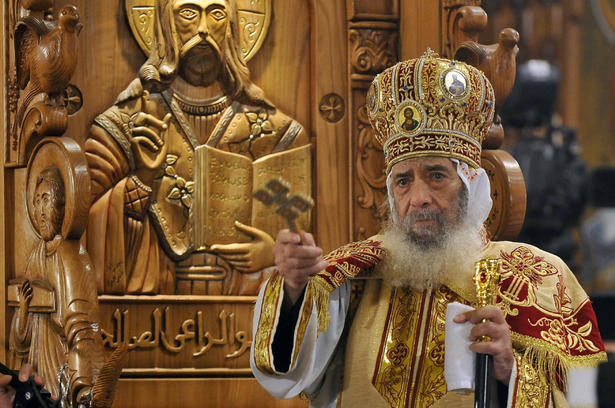 The fear of God: Objections & Reply

H.H. Pope Shenouda III - February 27, 2016
0
So many people flee from the words “Fear of God”, seeing that such words are not suitable for the covenant of grace which we...