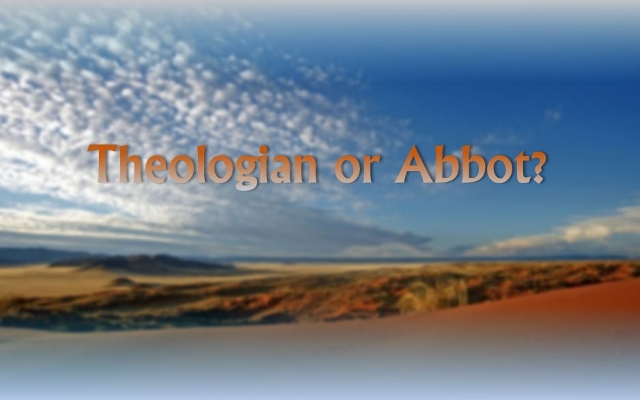 A prominent event in the Lives of St. Shenouda is that in which the Abbot accompanies St. Cyril to the Council of Ephesus (431 AD.). This fact has been attested to by St. Wesa as well as St. Shenouda himself. It is also upheld by the majority of scholars. However, “why was Shenoute invited to Ephesus?” continues to be an enigmatic question. However, the real reason behind St. Shenouda’s invitation to Ephesus may simply be his reputation; and need not be a part of a Cyrillian plot or due to the Abbots own theological ability.

In his time, St. Shenouda was one of, if not the, most illustrious abbot in all of Egypt and judging from the attendees of prior councils it was not at all strange for such abbots to be invited to attend ecclesiastical councils. Being the Charismatic leader of the huge White Monastery, and in many ways the de facto governor of the surrounding region; St. Shenouda would have been invited, if for no other reason, solely for his position and his reputation in Egypt.

The fame of St. Shenouda is actually a very interesting phenomenon. There are absolutely no known references to him in the Greek sources of the time (or later for that matter). Yet the good Abbot was undoubtedly known by the Alexandrian hierarchy, and seemingly even the Emperor himself; Theodosius II. This is apparent from an authenticated fragment from the second letter of St. Cyril to the Abbot. In it, St. Cyril tells St. Shenouda:

“. . . it has been communicated to me through the clergy who are in Constantinople, that the pious Christ-loving emperor has decided to send someone from among those who are very close to him to urge you and me to come to him.”

It is doubtful that this was the actual invitation to the third Ecumenical Council. However, it does demonstrate that the Abbot’s reputation may have very well extended even beyond the borders of Egypt. Interestingly enough the Arabic Life seems to support this notion. It cites the following as the reason for Shenoute’s invitation to the council:

“And when the fathers gathered in the Council of Ephesus to defame Nestorius the hypocrite, those prominent in the Court said to the king ‘there is in upper Egypt a man, a righteous prophet, called Shenouda who sees what is to be before it is … send so that his friend anba Cyril (Kyrillos) the patriarch of Alexandria may invite him, so they may embarrass this Nestorius and engage him in rhetoric.’”

I believe that the Arabic Life is probably – on the right track; although the actual events are probably not as poetic. For it is not inconceivable that St. Shenouda was invited to the council purely on his reputation. And as observed from the fragment above; at least St. Cyril, and seemingly the Emperor as well, held St. Shenouda in high regard.

The Abbot was certainly not a theologian in the same sense in which St. Cyril was. He was an Orthodox Abbot, who taught and followed doctrines, but didn’t attempt to formulate or define them. But it must be said that what the Abbot lacked as a scholastic theologian he made up for as an exegesis; it is in this field that we may come to appreciate his thought, and originality.

The Sacrament of Repentance and Confession

One of the Youth - February 27, 2016
0
Saint Macarius (which means blessed) the Great was born in the year 295, in a village named Shabsheer, to pious Christian parents; Abraham, who...