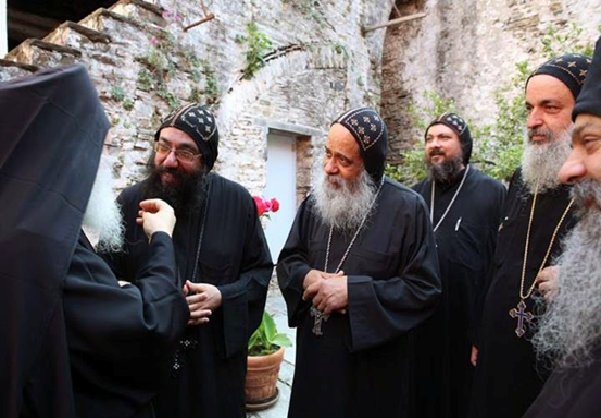 The authority of the bishop is a multifaceted and ever changing construct that continued to change as individuals adapted, necessity dictated, and circumstances permitted. The office itself underwent a process of growth and change over time during which certain aspects and tasks gained in importance, while others receded into the shadows.

The main components that define Episcopal authority, however, remained the same. What changed was the relative weight of these compo-nents, or the way in which they were combined. In order to facilitate the understanding of the role of bishops in late antiquity, I wish to introduce the following three categories: spiritual authority, ascetic authority, and pragmatic authority.

The public recognition of charismatic abilities is encompassed in what I call ascetic authority. Ascetic authority derives its name from askesis, meaning “practice.” It has its source in the personal efforts of the individual. It is achieved by subduing the body and by practicing virtuous behavior. These efforts are centered on the self, in the hopes of attaining a certain ideal of personal perfection. Ascetic authority is accessible to all Anyone who chooses to do so can engage in the requisite practices. Finally, ascetic authority is visible. It depends on recognition by others, as it is made evident in the individual’, appearance, lifestyle, and conduct.

These definitions are, of course, schematic and serve merely to isolate the most important distinctions between the three types of authority. The usefulness of this tripartite scheme lies in the fact that it accords a special place of relevance to ascetic authority as the vital link to the other two. The personal practice of asceticism prepares the individual for the receipt of the gifts of the spirit, and thus of spiritual authority, from God. Since ascetic authority is founded on the regulation of lifestyle and behavior, this is a path open to all. In fact, it is the only path by which an individual can hope to bring down God’s grace on his or her own initiative. Yet at the same time, asceticism is a gauge of the presence of spiritual authority. Nobody can walk the difficult and thorny road of ever more demanding ascetic practices unless he or she receives the help of God. To observers and bystanders, ascetic accomplishments are thus the outward face of spiritual authority. In other words, ascetic authority is simultaneously the humanly and freely accessible precondition for spiritual authority and its openly visible confirmation.

At the same time, ascetic authority is also the motivation and legitimating of pragmatic authority. This feature is essential to the understanding of the public activities of bishops in late antiquity. It allows us to perceive a crucial distinction between bishops and civic leaders. Bishops are always held to a higher code of conduct, and their ability to exercise leadership is condi-tional on their adherence to that code. In contrast to civic leaders, the bishops’ pragmatic actions on behalf of the community are considered to be a manifestation of their ascetic authority, so much so that the successful exercise of the former is believed to be a direct consequence of the latter.

The emphasis on the ascetic component distinguishes this model from previous work on the authority of bishops, while the identification of pragmatic authority as an independent component facilitates the study of the public role of holy men. The combination of these three kinds of authority spiritual, ascetic, and pragmatic provides the analytical tools that allow the study of bishops and holy men within the same cultural, religious, social, and political context.

Abba Shenouda Marvels at the Works of the Monks of Scetis

I Sleep But My Heart Is Awake