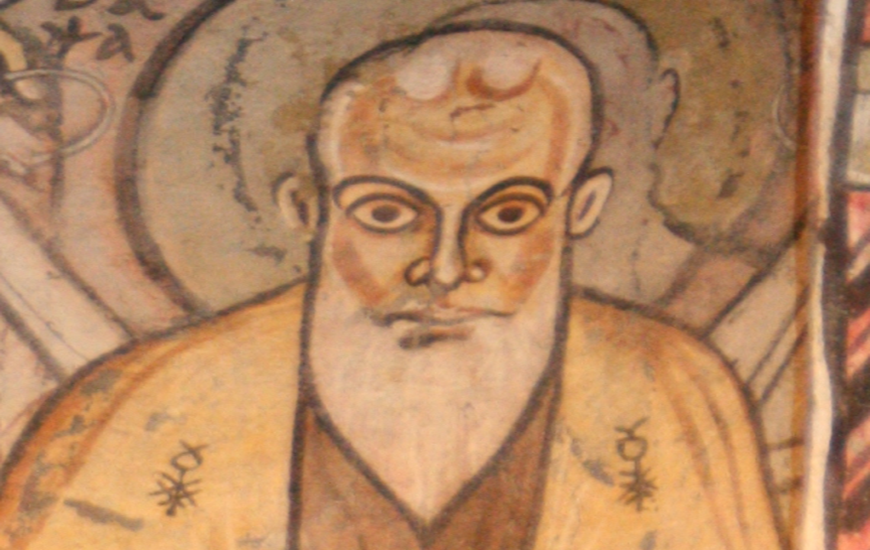 According to Besa (wissa), Shenoute’s relationship with God began early in life and was the reason he joined the White Monastery. Besa portrays the seven-year-old Shenoute as a boy with mystical powers that led his parents to place him in the care of his uncle Pcol. It is noteworthy that Besa, as narrator, did not present the young Shenoute’s abilities as strange or surprising, but merely as signs of his life’s destiny. The Life does not give details about Shenoute’s life as monk before his appointment as head of the monastery, or the process of that appointment. Rather, the author assumes that Shenoute’s mystical abilities showed to all people the divine authority that was necessary for him to be head of the White Monastery, and this assumption shapes the hagiography accordingly.

Besa’s descriptions of events during Shenoute’s leadership likewise serve to under score his belief in Shenoute’s divinely ordained authority. Most notably, he gives accounts of Shenoute’s frequent conversations with the prophets, saints, apostles, and Jesus himself that are meant to inform the audience of Shenoute’s close relationship with them. Besa does not know, nor does he think that it is of consequence, whether the conversations happened as visions or in the flesh.’ He intends only to suggest that Shenoute had the same status as those with whom he conversed, with the possible exception of Jesus, one of his conversants. Besa makes clear that the conversations bestowed special authority on Shenoute by describing his own failure ever to see Jesus and only once being allowed to hear him.” Since Besa believed that Shenoute’s authority had a divine source, he does not express any wonder in his descriptions of Shenoute’s conversations with other holy figures to whom Shenoute was, at least in Besa’s eyes, similar. In Besa’s narrative world, there is no need for explicit assertion that Shenoute’s mystical conversations, and especially his ease in having them, signifies his divinely granted authority.

Like Shenoute’s conversations with prophets and apostles and his mystical abilities, Besa’s description of Shenoute as the perfect monk also indicates the legitimacy of his authority in the monastery. Shenoute, in Besa’s representation, had himself achieved the high level of asceticism that characterized his rule of life in the monastery.” He had the character of a true ascetic. He was in a position of authority yet had true humility. He was severe towards wrongdoers yet had compassion for them and for the poor and disenfranchised.” Shenoute is portrayed like other ascetic figures of his day, in his abilities and his extremes. For Besa, Shenoute’s “severity” is a manifestation of his commitment and his strength, both of which were necessary qualities for a leader in Egypt in an unstable time—economically, religiously, and socially. Moreover, Besa accepts Shenoute’s own portrayal of himself as a leader who had personal contact with God, who gave him authority and guided him in his leadership; who was so much like a prophet that he conversed with biblical prophets; and whose decisions, even harsh ones, were to be followed since they would lead to salvation for all, even for the gravest sinners.

Fasting- A Period of Love