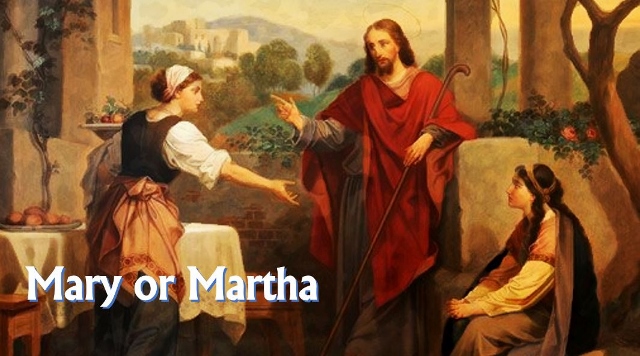 “Martha and Mary are very beautifully portrayed in the Gospel as examples of this attitude and manner of behavior. For although Martha was indeed devoting herself to a holy service, ministering as she was to the Lord Himself and to His disciples, while Mary was intent only on spiritual teaching and was clinging to Jesus’ feet, which she was kissing and anointing with the ointment of a good confession, yet it was she whom the Lord preferred, because she chose the better part, and one which could not be taken from her. For as Martha was toiling with devout concern and was distracted with her work, she saw that she could not accomplish so large a task by herself, and she asked the Lord for her sister’s help: ‘Does it not concern you that my sister has left me to serve by myself? Tell her to help me, then.’ She was calling her not to a disreputable task, to be sure, but to a praiseworthy service. Yet what did she hear from the Lord? ‘Martha, Martha, you are concerned and troubled about many things, but few things are necessary, or even one. Mary has chosen the good part, which shall not be taken away from her.’

You see, then, that the Lord considered the chief good to reside in theoria – alone that is, in divine contemplation. Hence we take the view that the other virtues, although we consider them necessary and useful and good, are to be accounted secondary because they are all practiced for the purpose of obtaining this one thing. For when the Lord said: ‘You are concerned and troubled about many things, but few things are necessary, or even one,’ he placed the highest good not in carrying out some work, however praiseworthy, but in the truly simple and unified contemplation of Him, declaring that ‘few things’ are necessary for perfect blessedness-namely, that theoria which is first established by reflecting on a few holy persons. Ascending from the contemplation of these persons, someone who is still advancing will arrive with His help at that which is also called ‘one’ namely, the vision of God alone, so that, when he has gone beyond even the acts of holy persons and their wonderful works, he may be fed on the beauty and knowledge of God alone. So it is that ‘Mary has chosen the good part, which shall not be taken from her.’ This too should be looked at more closely. For when He says: ‘Mary has chosen the good part,’ although He says nothing about Martha and certainly does not seem to reprimand her, nonetheless in praising the former he asserts that the latter occupies a lower position. Again, when He says: ‘Which shall not be taken from her,’ He indicates that the latter’s position could be taken from her (for a person cannot uninterruptedly practice a ministry in the body), but he teaches that the zeal of the former can surely not come to an end in any age.

At this we were greatly stirred. “What then?” we said. “Will the burden of fasting, diligence in reading, and the works of mercy, righteousness, piety, and hospitality be taken from us and not remain with their practitioners, especially since the Lord himself promises the reward of the kingdom of heaven for those works when he says: ‘Come, blessed of my Father, take possession of the kingdom prepared for you from the foundation of the world. For I was hungry and you gave me to eat, I was thirsty and you gave me to drink, and so forth? How is it, then, that these things, which lead their doers into the kingdom of heaven, will be taken away?”

MOSES: “I did not say that the reward of the good work would be taken away. As the Lord Himself says: ‘Whoever has given to one of these least only a cup of cold water to drink in the name of a disciple, amen I say to you, he shall not lose his reward.’ But I am saying that the action, which either bodily necessity or a requirement of the flesh or the inequity of this world calls for, will be taken away. For diligence in reading and the affliction of fasting are exercised for the sake of cleansing the heart and chastising the flesh only in the present, as long as ‘the desire of the flesh is against the spirit.’ We see that sometimes even now these things are taken away from those who are worn out by great labors or sickness or old age, and we see that a person cannot constantly exercise them. All the more so, then, will these things cease in the future, when ‘this which is corruptible will put on incorruptibility’ 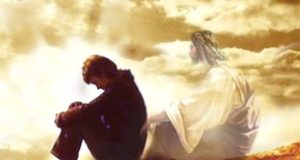 St Augustine - October 9, 2019
0
A Contrite Spirit I acknowledge my transgression, says David. If I admit my fault, then you will pardon it.  Let us never assume that if...