THE DESERT FATHERS ON NOT JUDGING OTHERS

One day Abba Isaac went to a monastery. He saw a brother committing a sin and he condemned him. When he returned to the desert, an angel of the Lord came and stood in front of the door of his cell, and said, ‘I will not let you enter.’ But he persisted saying, ‘What is the matter?’ and the angel replied, ‘God has sent me to ask you where you want to throw the guilty brother whom you have condemned.’ Immediately he repented and said, ‘I have sinned, forgive me.’ Then the angel said, ‘Get up, God has forgiven you. But from now on, be careful not to judge someone before God has done so.’

ABBA ISAAC, PRIEST OF THE CELLS

A brother at Scetis committed a fault. A council was called to which Abba Moses was invited, but he refused to go to it. Then the priest sent someone to say to him, ‘Come, for everyone is waiting for you.’ So he got up and went. He took a leaking jug, filled it with water and carried it with him. The others came out to meet him and said to him, ‘What is this, Father?’ The old man said to them, ‘My sins run out behind me, and I do not see them, and today I am coming to judge the errors of another.’ When they heard that they said no more to the brother but forgave him.

If we are on the watch to see our own faults, we shall not see those of our neighbor…To die to one’s neighbor is this: To bear your own faults and not to pay attention to anyone else wondering whether they are good or bad. Do no harm to anyone, do not think anything bad in your heart towards anyone, do not scorn the man who does evil…Do not rail against anyone, but rather say, ‘God knows each one.’ Do not agree with him who slanders, do not rejoice at his slander, and do not hate him who slanders his neighbor.

A man may seem to be silent, but if his heart is condemning others he is babbling ceaselessly. But there may be another who talks from morning till night and yet he is truly silent; that is, he says nothing that is not profitable.

Some old men came to see Abba Poemen and said to him, “When we see brothers who are dozing at the synaxis, shall we rouse them so that they will be watchful?” He said to them, “For my part, when I see a brother who is dozing, I put his head on my knees and let him rest.”

From: The Desert Fathers

By: The Desert Fathers

Praise Is The Work Of Angels 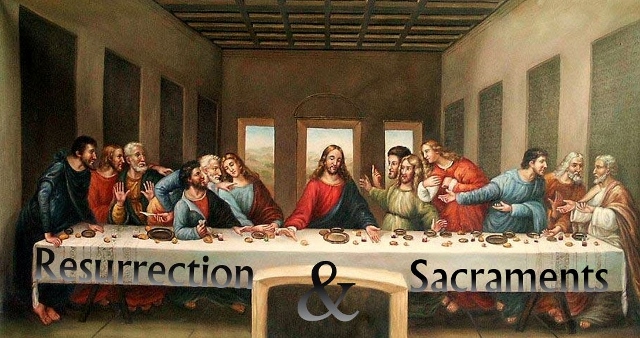 Fr. Matthew the Poor - January 10, 2017
0
The Resurrection as an unseen power granted to us through Baptism and the Holy Eucharist: We do not believe that Christ’s Resurrection is something...