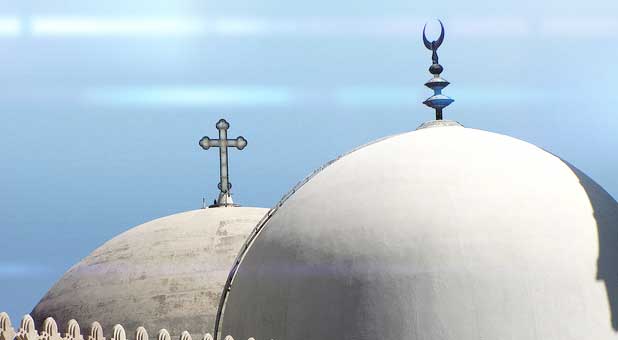 Who are the Arabs?
The question is not that simple as it might look at first glance. When did the name “Arab” appear in history? There are also other names in literary sources, like Ishmaelites, Saracens, even Hagarenes or Agarenes, or Tayyjtyê in Syriac. Is it characteristic for “Arabs” to be nomads, who early have been linked with the (breeding of) camels? There is also the Roman province Arabia, and it cannot be excluded that even in the 6th century AD an “Arab” might designate a person of the province Arabia, who could be a Roman citizen. From the sociological point of view, “Arabs” mostly form a tribal society. It was possible that nomads, semi-nomads and settled people belonged to the same tribe. Language as well is not sufficient as an unequivocal mark. Probably, Christian Arabs celebrated the liturgy in Syriac; perhaps some of them understood Syriac.

Palestine:
At least in the second half of the 4th century, the formation of an ecclesial community and the beginning of an ecclesial hierarchy among Arab Christians in the region of the later constituted as such Patriarchate of Jerusalem is feasible. Often Arabs draw near to the Christian faith by encounters with monks, like Hilarion”, the monk Moses in the story of the Saracen queen Mamie or the monastic father Euthymios, a phenomenon addressed already by Sozomen (the church historian). A strong influence was exercised by the monastic father Euthymios who caused a hierarchy to be installed in the camps in Palestine, the Parembole bishops: The first bishop, Petros the converted sheikh Aspebetos and former phylarchos under the Persians – participated at the council of Ephesus (431). An Episcopal lineage can be traced in historical sources for one century, because till 536, bishops can be found in synodical records. The monastic father transmitted his pro-Chalcedonian stand to the Arab bishops. The important Jerusalem Patriarch Elias (494-516), also an Arab, was a staunch defender of the Chalcedonian creed. A typical Christological position of Arab Christians, however, independently from monastic or imperial positions, cannot be found in the testimonies. Arab bishops of the Patriarchate Palestine took the stand of the Jerusalem Patriarchs and therefore supported a pro-Chalcedonian position after the council of Chalcedon.

Antioch:
The Roman province Arabia with its capital Bostra came into being 106 after the conquest of the Nabataean kingdom. Already in NT times, there might have been some Christians. The first Christians in Arabia, known by name, were heterodox, like 200 Monoimus, the Arab, around 200, whose Gnostic doctrine is reported by Hippolytus”. But there are no reliable testimonies for the beginning of Christianity in Bostra”. Only in the first decades of the 3rd century, we have historical evidence with bishop Beryll of Bostra (ca 222-235). We know of persecutions against Christians under Diocletian (284-305) and Galerius (305¬311). A larger part of pagan population is still to be noted in the middle of the 4th century. Epiphanius of Salamis mentioned in his Panarion several heresies in Arabia, among them also Jewish Christian groups (Elkesaites resp. Ebionites), but also the Valesians, Markionites, and sects with a special veneration of Mary offering her sacrifices”.

Christianity spread among Arabs, according to the preserved literary sources, often under the influence of holy monks who impressed nomads by their healing. A strong attraction was exercised by the stylite Symeon and by the soldier Sergius. It is difficult to judge how deep the roots of the faith had been”. It seems that the antiChalcedonians got more influence among Arab nomads, as a consequence of that, the monks in the desert (which they met) often had withdrawn from the persecution of Chalcedonian emperors. 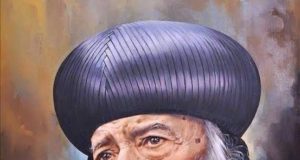 H.H. Pope Shenouda III - November 13, 2019
0
Judging   If a person judges somebody he is willingly allowing himself to defame others and hurt them. If we know the reasons behind judging others,...