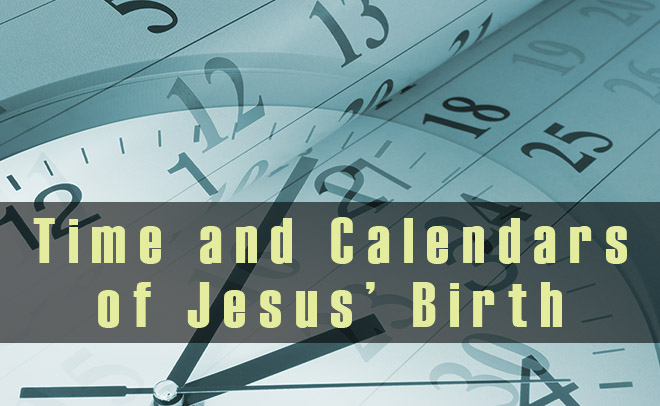 The reckoning of time in antiquity went through a variety of permutations and combinations until Julius Caesar, on the basis of the Egyptian solar calendar, standardized a 365-day year with an extra day inserted on leap years. Both the church and Western culture in general followed this solar calendar until the reforms of Pope Gregory XIII, which were set forth on February 24. 1582. Since that time we have followed the Gregorian calendar. The trouble in regard to the date of the birth of Jesus really began in AD. 525, when Pope John I asked a monk named Dionysius to prepare a standardized calendar for the Western church, reckoned from the date of Jesus’ birth.

Relying on the Julian calendar and the traditional date of the founding of the city of Rome, Dionysius set AD. 1 as corresponding to 754 A.U.C. (anno urbis conditae, i.e., from the founding of the city of Rome), with Jesus’ birth date being set as December 25, 753 A.U.C. Unfortunately, Dionysius was certainly wrong about the year (he was off by at least several years) and may well have been wrong about the day also. The key factors in determining the date of Jesus’ birth are:

(2) The date Luke assigns to the beginning of John the Baptist’s ministry coupled with the age he assigns to Jesus (cf. Luke 3:1-3, 23);

(3) The astral phenomenon that the magi are said to have seen, if it was a result of a natural occurrence such as a conjunction of planets. Josephus tells us that Herod the Great was proclaimed king of Judea in 40 B.c. and that he reigned approximately thirty-seven years (Ant. 14.381-385; 17:191 ).

Josephus also tells us that Herod died shortly after an eclipse of the moon (Ant. 17.167). No such event transpired in 3 B.C., but there was one on March 12/13, 4 B.C. Josephus goes on to add that Passover was celebrated shortly after Herod’s death (Ant. 17.2’13; I W. 2.10). The first day of Passover in 4 B.C. would have been April 11. Thus, it is likely that Herod died between March 12 and April 11 in 4 B.C. This in turn means that Jesus was born sometime prior to March of 4 B.C. In my view, the information in Luke 2:1-2 does not help us very much to further clarify this matter, for Luke seems to be saying that he is referring to some census prior to the famous census of Quirinius in A.D. 6 or 7 (a census he dates well after the turn of the era in Acts 5:37), in which case the date of that earlier census is not specified .Luke tells us that John the Baptist began his ministry during the fifteenth year of Tiberius’s reign. Augustus died in the summer of A.D. 14, and Tiberius assumed the throne later that year.

This places the inception of John’s ministry in A.D. 29, or if inclusive reckoning of regnal years is involved (partial years counted as whole years), possibly as early as A.D. 27. Since both Mark 1:14 and Luke 3 suggest that Jesus’ ministry began after John’s (though how long after is not known), Jesus’ ministry could not have begun before A.D. 27, if not later. Luke then tells us that Jesus was about thirty when he began his ministry. The Greek word hosei, translated “about,” indicates an approximation that would allow a few years on either side of thirty. The Talmud (b. Sanh. 1 06) says that Jesus began his ministry at the age of thirty-three to thirty-four. If this is close to correct, then Jesus by this reckoning would have been born about 4 B.C. Luke tells us that John the Baptist was born during the reign of Herod the Great as well (cf. Luke 1).

As for the astral phenomenon, various theories have been advanced. The theory that the magi saw a conjunction of Jupiter and Saturn that was visible in the region in 7 B.C. is possible, but modern astronomers have made clear that this conjunction would not have been close enough to appear as a single star. It is not impossible that J. Kepler’s original speculation has some merit. He suggested that the magi witnessed the birth of a new star or supernova, an event that we know did transpire in 5-4 B.C. But according to Matthew, this star led the magi to the precise locale of Jesus’ birth, which hardly sounds like a natural astrological occurrence. In any case, the Matthean story suggests that the magi visited Jesus at some point after his birth, perhaps even a year or more later.

If this is so, the astral phenomena would not necessarily help us determine the time of Jesus’ birth very precisely. In light of all the above data, it appears most likely that Jesus was born somewhere around 4 B.C. In regard to the day of Jesus’ birth, it is natural to be suspicious about December 25, since this was the pagan day for celebrating the Saturnalia, and we know that Christians in the early Middle Ages tried to replace pagan feasts with Christian ones. Luke 2:8 might suggest a date other than in winter, since normally flocks would be outside during the months between March and November, but m. Seqal. 7:4 suggests that sheep around Bethlehem might well be outside during the winter also. The first real witness to the tradition that Jesus was born on December 25 is Hippolytus (A .D. 165-235), a date that John Chrysostom (A.D. 345-407) supports as well. All we can say is that such a date is possible, but we have no compelling early evidence in the Gospels or elsewhere that points definitely in this direction. 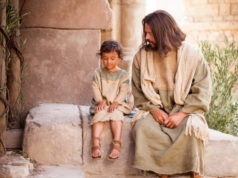 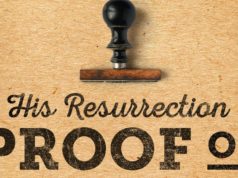 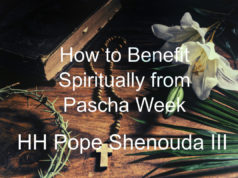 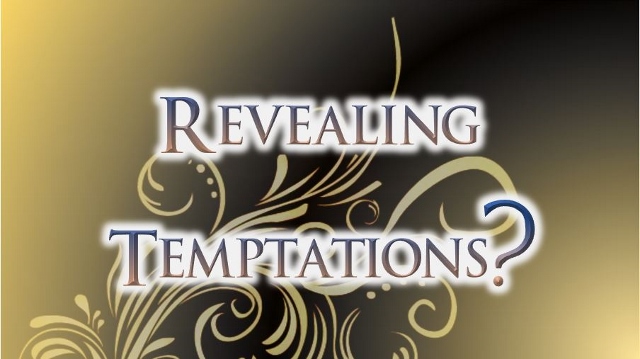 Q&A - January 10, 2017
0
A brother questioned an Elder, saying: “Father, must I seek the counsel of the Elders for all of the temptations which come passing in...