Spirituality in the desert or on the mountain, differs in its manner from spirituality in the city. One of the most troublesome factors for a worshipper in the city is being enclosed within four walls. I have experienced this myself when I was, some years ago, on a camp in a desert spot called Almaza, a few miles from Heliopolis. I used to go up a hill in that desert with one of my brethren in the Sunday Schools for prayer and meditation. From that spot, within the range of vision on the horizon, appeared Heliopolis, that splendid suburb with its buildings, streets, road construction and the inhabitants as a tiny insignificant thing . Only lights were visible from that altitude. We felt that our souls were set free from the limits of length, width and height, from splendour and magnificence, and from exaltation and elegance.. A splendid palace seemed to us the same as a small house, for nothing appeared as it was. We felt spiritual happiness and pleasure in sitting on the sand on that high hill, a happiness which we never felt in the city.

When we returned to Cairo on a holiday, I tell you truly, my beloved brother, I was disturbed by this noisy capital (Cairo). I walked in the streets feeling an out-bursting volcano in my head caused by the clamour of people and the noise of cars, trams and various means of transport. I recognised amidst this noise that I would not be able to think in an orderly, systematic and uninterrupted way as I did while on that high hill..

When I closed the door of my room and stood to pray, I was unable. The four walls of the room seemed a strong barrier which prevented me from enjoying God. So, I did not pray but I came out of my room and walked very far away trying to find a quiet high spot where no buildings existed and where few inhabitants and little civilisation was found. After nearly an hour, I found a place which had a little of my requirement. I returned home depressed and longing for my high hill again. The months of the camp ended and we returned to the city where I was forced to get used to pray within the four walls. Yet the memories of the high hill remained in my mind till now… To make up partly for this, I used to go up with my young friends after the Sunday lesson to the roof of the church to have a look on Cairo. We saw it from there also, in the darkness of the evening, nothing could be seen except the shadows of buildings with their white spots of light.

Your spirit, my beloved brother, wants to be set free, to fly like a bird which flies from one branch to another. It wants to be like the angels who are always singing praise to God without any bonds or restrictions. If you cannot attain this constantly, at least let this be on certain occasions. This makes me imagine that meditation can be reached more easily and deeply by sailors, farmers and inhabitants of the mountains and deserts. I imagine also that we shall have the same ability when we get rid of the bonds of the body and go high into heaven where God, the angels and the saints are. I discussed this matter with my father the monk and he revealed to me another spiritual, experience.. He told me how, at the beginning of his monastic life, he was secluded in his cell for twenty eight days encompassed within four walls seeing no one and dealing with no one. He spent that period in hard struggle between himself and God. It was really a hard time in which his soul was sifted but at last the spirit was able to come out free from its numerous bonds and get to God. Thereafter, the monk came out of his cell feeling that it was the same to him, to be encompassed within walls or to be free out of walls.

At this point, I reveal to you a deeper and more sublime level of spirituality.. The first level was feeling bored within the four walls.. but the next level is to be unaware of the four walls.. In this case you sit in your room so absorbed in your prayers, meditations or readings that you are no longer aware of anything around you. You live in another world beyond the senses. So, you do not know whether you are in your room or in an open space in the monastery and whether your cell has walls or not. You do not even know whether heaven has come down to you on earth or you went up to heaven while still on earth. I wonder how some think of monasticism as a Way for ministry while I see it only as a way to heaven. In monasticism seclusion, contemplations, and continuous striving help the spirit to be released and united with God.

How Do We Honour Saint Mary?

Jerome About The Monks Of Egypt 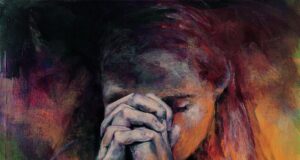 admin - September 12, 2021
0
Why make requests of God if He already knows what we need? “Even if I grant your point and admit that answers to...