Home Stories From The Desert Return to your cell
Facebook
WhatsApp 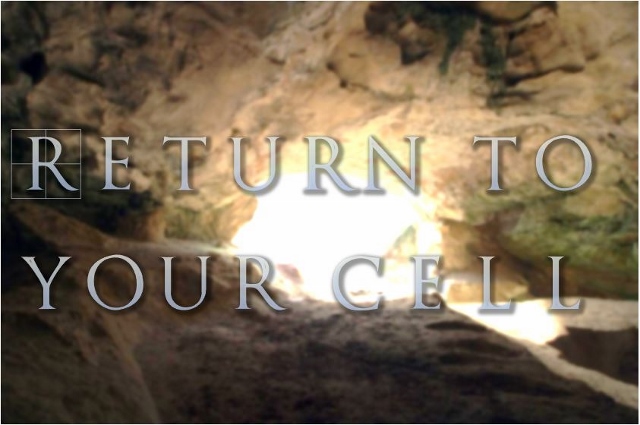 A brother in the Cells had put some palm tree leaves to soak and, as he sat down to plait them, his mind told him, “Go find such and such an elder.” Then he told himself, “I’ll go in a few days.” Again, his mind told him, “And if he dies, what will you do? Go talk to him. It’s time.” Again he said to himself, “No, it’s not the right time.” Then his mind suggested, “But since you’re cutting the canes, the moment has come.” And he said, “I’ll finish with the palm leaves, then I’ll go.”

He then said to himself, “the air is wonderful today.” And he arose, left the palm tree leaves soaking, took his coat and left. It happened that in the neighbourhood there was an elder gifted with clairvoyance. When he saw him running, the elder shouted, “Captive, captive, where are you running to? Come here.” When he approached, the elder told him, “Return to your cell.” The brother told him about his inner battle and returned to his cell. Once inside, he prostrated himself on the floor.

The demons shouted, “You’ve defeated us, monk, you’ve defeated us!” And the mat on which he lay spread out was consumed as if by fire, while the demons vanished like smoke. This is how the brother learned of their tricks.

(From the Sayings of the Holy Fathers) 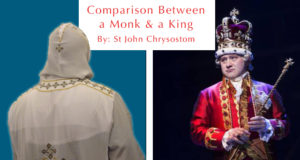 St. John Chrysostom - August 27, 2018
0
But if we wished also to examine the nighttime, we would see the monk adorned with the worship of God and with prayers, singing...