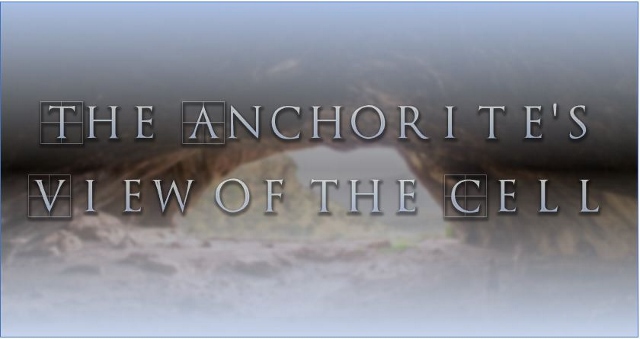 In current speech, the word “cell” immediately evokes a room where, in a prison, a criminal is locked up, isolated and cut off from all contact with others. And, in fact, for the Egyptian who really enjoys fresh air and relations with others, the hermit’s cell must look like a veritable dungeon. The Desert Fathers were aware of this and drew from it salutary thoughts’ Ammonas suggested to a brother that he think of himself as an imprisoned lawbreaker, asking himself when the judge will come and how he will defend himself. John Colobos decided that the monk who remains in his cell with the constant thought of the Lord’s presence puts into practice the words of Christ “I was in prison and you visited me.” Contrary to the prisoner locked up against his will, the anchorite locks himself in a desert cell so as to better know Christ.

This fundamental requirement of life in the desert is expressed in Greek by a verb which signifies at the same time being seated, staying and “holding oneself correctly” in the cell. The anchorite often sat down in his cell to eat, work, read and write, and even to sleep. At the time, the posture in Egypt was to sit on the ground with legs bent and the head on the knees or between the knees. In a painting of a pharaoh’s burial, the courtiers are shown sitting like this. It was also an attitude familiar to the Pachomian monks. Normally one did not lean against the wall. Theodore was criticized by Pachomius for allowing himself to relax in this position.

The anchorite could also remain standing in the cell and even stroll back and forth. What counted was to stay there, keep resisting the perpetual temptation to go out to amuse himself, and escape the pain of solitude and, indeed, boredom-what the monks called “acedia.” We must understand that the temptation was frequent and strong, sometimes even compelling, for the elders speak so often about it in all the collections of apothegms. We might even call it the hardest battle the monk had to wage. We find frequent examples of the Fathers’ advice to remain in the cell.

All these recommendations were given at a time when the desert was well-populated. Under these circumstances, the only way to be alone with God was to remain confined in the cell, The temptation to leave arose with all sorts of often specious pretexts. Wouldn’t it be charitable to go visit the brothers, especially the sick ones? Aren’t we advised to go consult an elder? If I have the impression that I’m doing nothing and losing myself in the desert, isn’t it best to go live in a cenobitic monastery? The less dangerous way of falling prey to temptation was to leave the cell to go confide one’s thoughts to an elder, whose reply would always be, “Stay in your cell.” But this was often accompanied by additional advice we can find astonishing: Go, say a prayer in the morning another in the evening and one at night; eat, drink, sleep and don’t work, but don’t leave your cell: “This often astonished the brother who heard it and thought it best to go consult another elder. This second one gave the same kind of reply but went so far as to say, “Don’t pray at all. Just remain in your cell.”

An elder would tell a brother, “Remain in your cell and God will grant you relief.” So Abba Moses put it better: “Remain in your cell and your cell will teach you everything,” including the secret of staying there successfully. The Fathers were psychologists and also had an implacable logic. One goes to the desert to seek God in solitude. Cost what it might, one had to remain in the solitude of the cell to persevere in the desert. They understood it well, these brothers, who used every means sometimes ingeniously – not to flee the cell. For nine years a brother was tempted to leave the hermitage. Each day he got his coat ready to leave and, when night came, he would say to himself “I’ll leave here tomorrow.” The next morning he would say, “Let’s get our act together and stay another day for the Lord.” When he had done this for nine long years, God removed all temptation from him and he found peace.

Another brother was tempted to go visit the sick. After three days, he was bored in his cell. He took palm branches, hung them up, and the next day plaited them. After work, he said, “Here are more small branches. I’ll get them ready, then I’ll eat.” After reading, he said, “I’ll recite my little psalms, then I’ll eat without a care.” Thus, little by little, he progressed with the help of God and finally regulated his life. Having tackled his thoughts with assurance, he triumphed over them.

As we have said, the most subtle temptation was the one suggesting to a monk that he go visit an elder, if only to admit to him that he wanted to leave his cell. Was it not laudable to go confess to the elders all the thoughts assailing one? And yet sometimes it was only a pretext whispered by the Devil to get the anchorite out of his cell. Experienced monks did not allow themselves to be seduced. One of them, to rid himself of such a temptation, would take his coat, walk around his cell outside, then reenter right away, imagining that he came as a visitor. Another, without even leaving, would mentally visit an elder, playing alternatively the role of the elder and the visitor and so overcome the temptation. But some didn’t notice the trap and only became aware.

Instruction On The Six Days Of The Passover

The Life Of St Shenouda 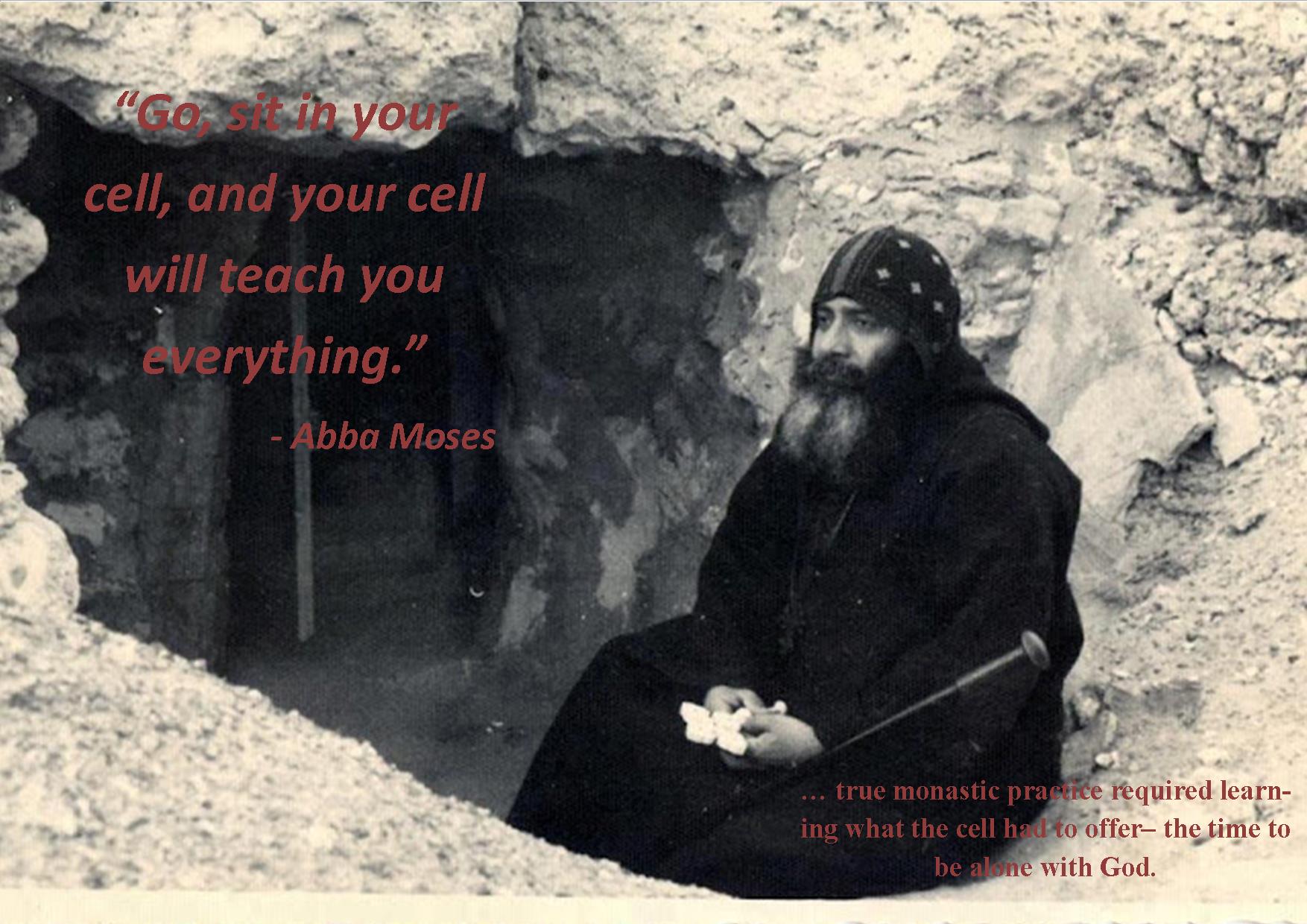 Featured Article - January 4, 2017
0
The cell was regarded in the apophthegms as a specific space where one lived and followed a particular praxis that suited the monastic. The...