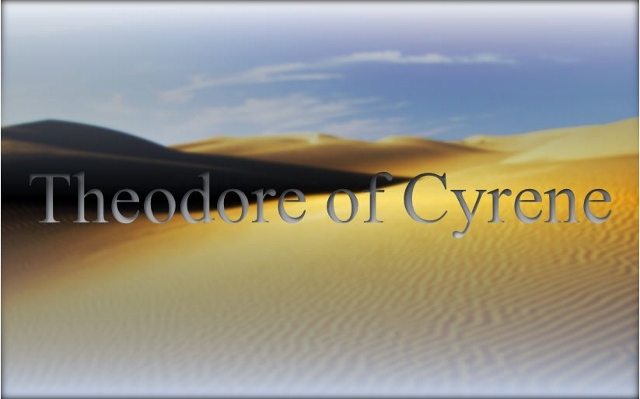 Another Libyan confessor who appears in the Russian Synaxary is Hieromartyr St Theodore (also known as Theuderius). Before his becoming bishop of Cyrene, he was known as a scribe or monk who quietly copied sacred Scriptures for public reading. Theodore was ordained by the Patriarch Theonas of Alexandria (fl 282–300), as bishop in Libya.

Many Libyans suffered as confessors during the Roman persecutions, especially if they were public readers of Scripture. Theodore served the Pentapolis during the reigns of Theonas and Peter. Theodore was arrested in Libya, probably during the Diocletian persecution of A.D. 302–305, or as early as 292 by some accounts (SEC, Synaxarium for July 4). This was a hazardous time to be a bishop, charged with the care of the Holy Scriptures.

Theodore was ordered to deliver up his copies of the sacred texts and to bring with him before the court all who read in public the testimony of the apostles The Dominican Martyrology (July 4) reports the outcome solemnly: “At Cyrene in Libya, St Theodore, [was] bishop in the persecution of Diocletian, under the governor Dignian, he was beaten with leaden tipped whips, and his tongue was cut out” (Dominican Martyrology, July 4) Though he survived, he was a confessor without a tongue.

On this same day the Libyan church remembers the deacon who served under Theodore, whose name was Irenaeus, and two lectors, or public readers, named Serapion and Ammonius. They also had their tongues cut out for reading Scripture in common worship. Also executed at this time were the holy women of Libya: Cyprilla, Lucia and Aroa (Russian Feast Day July 3 or 4). The Antiochene Orthodox Synaxary recounts that those killed with Theodore in Libya were all who were known to have been baptized by the holy bishop (Synaxary, Antiochene Orthodox Church of America). So the torture and death of the coworkers of St Theodore has been solemnly recalled annually in the Coptic calendar. They died defending the Christian Scriptures On this evidence it is reasonable to speak of a steady Christian witness (martyria) in the city of Cyrene from an early date no later than the 250s AD to about 303 this indicates that many in Libya were willing to die rather than yield the sacred Scriptures to the persecuting authorities.

The documented time frame of substantial Christian presence in Libya is no later than the 250s and continuing to the 650s But the actual time frame could have begun much earlier, if we take into account the stories of the saints of Libya from Mark to Theodore of Cyrene. The celebrated city of Cyrene was not just an ancillary footnote to early African intellectual history it bears evidences of a vital spiritual presence that extends over a half millennium. Christians were participants in this tradition, this willingness to die for the faith among Libyan Christians may have reached back to the Cyrenians at Pentecost and the life of Mark all the way to the holy women Cyprilla, Lucia and Aroa.

Portrayal Of St Shenoute In Besa’s Life Of Shenoute 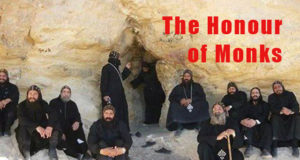 The Honour of Monks – From the life of St Anthony...

St. Athanasius - August 27, 2018
0
St. Bishoy struggled in much asceticism and many worships that made him worthy to see the Lord Christ. Emperor Constantine appeared to him in...