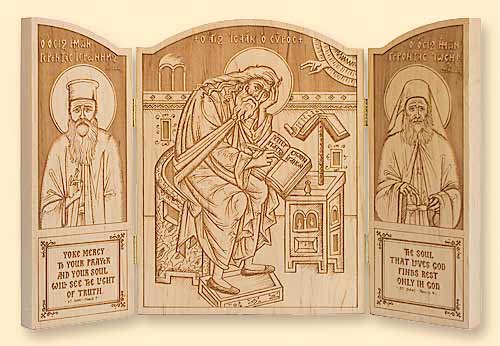 The monk ought to be in his appearance and all his actions an exemplar of profit to those who see him, so that by reason of his many virtues which shine forth like sunbeams, the enemies of truth, when they look upon him, will involuntarily confess that the hope of salvation which the Christians have is firm and unshakeable, and from every side will run to him as a refuge. And so the horn of the Church will be exalted over Her enemies, and many will be moved to emulation of his virtue, and will come forth from out of the world; and he will be venerable among all because of the beauty of his life so that on his account the mouth of the sons of the Church will be opened and their head will be exalted above all religions. For the boast of the Church of Christ is the monastic way of life.

In every aspect, therefore, the beauties of a monk’s life should shine forth, namely: in elevation above the visible world; scrupulous non-possessiveness; perfect contempt of the flesh; sublime fasting; constancy in silence; orderly discipline of the senses; careful watch over the sight; the cutting off of all contention with any man over anything pertaining to this age; brevity in speech; purity from the remembrance of wrongs; simplicity with discernment; sincerity and ingenuousness of the heart coupled with sound judgment, alertness, and acumen.

And further, the following is proper to him: to know that the present life is unavailing and fleeting, and that the true and spiritual life is near at hand; not to be known or observed by men; not to fetter himself by companionship and union with any man; to have a quiet dwelling-place, a cramped abode, paltry and mean possessions; to flee men always like a wild ass, and unflaggingly to persevere in prayers and readings; not to love honour, nor to rejoice in guests; not to bind himself with this life; courageously to endure temptations; to divorce himself from worldly rumours and from inquiries into worldly affairs; continually to take thought for and to keep in mind his true country; to have a sad and furrowed countenance; to weep without pause day and night; and more than all these, in things both small and great to keep guard over his chastity and to cleanse himself from gluttony. For these are a monk’s manifest beauties stated in brief, and they bear witness to his dying utterly to the world and his nearness to God.

We ought at all times, therefore, to give thought to these virtues and acquire them for ourselves. But if someone should ask what need have I to state these things separately and not speak about them generally and in brief, I answer that it is done of necessity, in order that when a man, who takes care for his life, looks for one of the aforesaid things in his soul to find whether he is lacking in one of them, he may learn his deficiency in each virtue from these distinctions, and this list will serve as a Page 4 reminder to him. And should he acquire in himself all the virtues stated, then knowledge of others also, which I have not mentioned, will be granted to him. And he will be, for men and the holy angels, a cause for ascribing glory to God. Thus from here, before he departs from this life, he will prepare for his soul a place of repose. To our God be glory unto the ages. Amen. 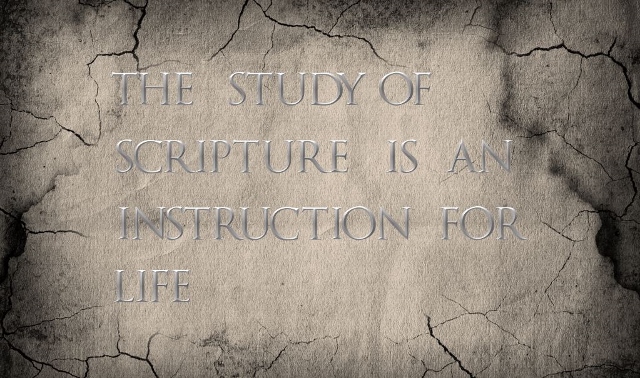