Home Christian Living Who Is A Martyr?
Facebook
WhatsApp

“The Martyr is the one who conducts himself according to the commandments of the gospel in the Love of the Lord.” – Clement of Alexandria

The Coptic Church has a very close relationship with Martyrs, to the extent that its church calendar that starts on the 11th of September is called the year of martyrs. Mostly because of the fact that the Coptic Church offered martyrs throughout the history, not only during the reign of Diocletian when many where martyred for their faith, but also during the middle ages until our present day. Every year passes by the church adds to the huge list of martyrs new saints that are martyred during that year. Last year the church added over 20 new martyrs. This year on the 1st of January the church added another 24 martyrs, after the church bombing in Alexandria. Not to mention the many separate incidents of persecution that takes place everyday. So why does the church give such reverence to these martyrs?

The answer is in the meaning of the word. Actually the Arabic (Shaheed) captures the meaning of the original Greek word better, which is “witness.” A martyr is a witness to his great love for God to the extent of giving up his life for Him. A witness to Christ’s resurrection and His conquering of death. A witness to the apostolic life, who counted their life cheap for their great love for Christ the King. To us Christians this might sound normal, yet for a non Christian it is madness. Therefore, the martyr challenges the upside down understanding of life and death, and power and weakness, and makes people wonder and reconsider their values.

g priests from Egypt have testified to the number of people who flocked to churches last Christmas liturgy (7th January) only 6 days after the bombing in Alexandria and despite the bomb threats that where announced to all the Coptic churches. A priest from Cairo from a church with 12 priests celebrating the liturgy, testified that all 12 priest spent half an hour giving communion, with some of the priests going out of the over crowded church to the congregation standing in the streets to give them communion. In Alexandria, in the same church where the bombing took place and the blood of the 24 martyrs still on the outside of the walls of the church, the congregation that attended the Christmas liturgy was double that of any previous feasts.

This martyr spirit was also alive and active in our churches in Australia, especially where there were bomb threats during the Christmas liturgy. Many of the priest testified that they have not taken so many confessions,especially from youth, as they did during that week. This contagious spirit of the martyrs makes a greater witness to the Christian faith more than any other kind of preaching. It makes people wonder, what are the motives behind these courageous acts? What do they gain from their martyrdom?

It was the same degree of wonder that people had when they heard of the lives of St Anthony and the other desert monks. Why would a rich young man with a promising future ahead of him sell all his belongings and goes to the desert? What would he gain? Why would saints like Sts Maximus and Domadius, St Arsanious and Annasimone leave their lavish lives in the palaces to live the harsh life of the desert? The conversion of many of the pagans to the Christian life started by this wonder; wonder at the courageous spirit of the martyrs, “whoever loses his life for My sake and the gospel’s will save it” (Mark 8:35) and the monks who loved their God so much that they wanted to give their life to him, and obeying his commandment which says: “If you want to be perfect, go, sell what you have and give to the poor… and come, follow Me.” (Mat 19:21)

To witness for Christ – or to be a martyr – you do not have to be a monk or be killed for Christ. As the meaning of the word entails you have to witness to the Christian life through your actions, and speech. When you do not cheat in an exam or your tax, when everyone does, you are witnessing (a martyr) for Christ. When you choose not to use foul language in an environment where it is the norm, you are being a martyr for Christ. When you fast despite the delicious new burger at MacDonalds that is often offered during great lent, and the offer usually ends during holy week, you are a great martyr for Christ. Because it is for your great love for Him that you choose to willingly obey Him rather than to conform to the wrong values of society around you, therefore fulfilling the gospel commandment “Let your light so shine before men, that they may see your good works and glorify your Father in heaven.” (Mat 5:16)

Therefore, the real definition of a martyr is not nessecerly the one who gives up his life for the Lord but it is the one who shows in his actions the Christian love to others as St Clement of Alexandria says that: “We call martyrdom perfection not because a man has reached the end of his life as others do, but because he has displayed the perfect work of love.” 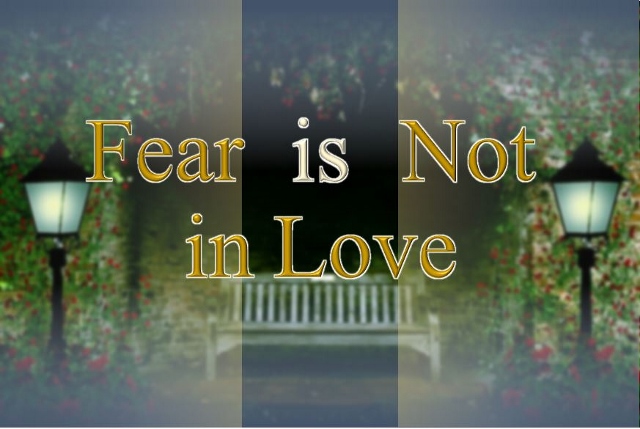 St Augustine - January 10, 2017
0
What then do we say about him who has begun to fear the day of judgment? If love were perfected in him, he would...