The official title of the head of the Coptic Church has traditionally been as follows, “Pope and Patriarch of the great city of Alexandria and of all Egypt, the Pentapolis and Pelousia, Nubia, the Sudan, Jerusalem, Libya, Ethiopia and all Africa, and all countries of the preaching of Saint Mark.” And only in the last 50 years “and all the lands of immigration” was added. So let us look at each term and what it means.

118th : After St Mark the apostle brought Christianity to Egypt, his successors were numbered after him. Pope Tawadrous II is numbered the 118th successor of St Mark. The lives of the 117 patriarchs are traditionally written in a book called “The History of the Patriarchs of Alexandria” which was compiled by Severus of Al’Ashmunein in the 11th Century A.D.. The tradition continued after his death till today.

POPE: The title pope in the Coptic church comes from the Latin papa and the Greek pappas, diminutive for “father”; the Coptic apa is from the Aramaic abba (hence the Arabic baba after the Arab conquest). The title “pope” has been in use in the Egyptian church from the beginning of the third century for the highest Eastern prelates and patriarchs, suggesting their spiritual paternity.
In Rome its use began in the second half of the fourth century. From the sixth century, it was reserved in the West for the bishop of Rome. Yet the title in the church of Rome carries with it connotations of primacy that is not portrayed in the Coptic understanding of the title pope. While the pope of Alexandria is the head of the church yet he is not in any way exercise primacy or infallibility in doctrine over the other bishops of the church. His authority as traditionally explained “head among equals” meaning while he is the head of the church and has the right to ordain priests and bishops, only the Holy Synod of the church, which is comprised of the bishops, has the authority in making decisions regarding Doctrine.

PATRIARCH: The title Patriarch is given to the head of the Coptic church. The word is a composite term originating from Latin and Greek words: pater (father) and archos (leader or chief). In the Coptic church the term signifies the head of the entire church organization with archbishops, bishops, and priests under his ecclesiastical authority. In the earliest times the head of the church was the bishop of Alexandria, who came to be identified as pappas, or POPE, in the third century during the episcopate of Heraclas. Gradually both “patriarch” and “pope” were used interchangeably to describe the head of the Egyptian church.

OF THE GREAT CITY OF ALEXANDRIA AND OF ALL EGYPT: Alexandria was traditionally the capital city of Egypt until the Arabs moved the capital city to Cairo yet the traditional name still remains, as it is the city where St Mark the apostle first established the church. The papal thrown remained in Alexandria until the eleventh century, when it was moved to Cairo by Pope Christodoulus (1047-1077).

THE PENTAPOLIS AND PELOUSIA, NUBIA, THE SUDAN, JERUSALEM, LIBYA, ETHIOPIA AND ALL AFRICA, AND ALL COUNTRIES OF THE PREACHING OF SAINT MARK: The Authority of the Pope of Alexandria extended to the surrounding regions by one of the canon from the council of Nicaea in the year 325 A.D. which said: “Let the ancient custom prevail that was in vogue in Egypt and Libya and the Pentapolis, to allow the bishop of Alexandria to have authority over all these parts” (canon VI).
In the last few decades as Coptic immigrants to western countries became a significant number; the Holy Synod of the Coptic church saw it fit to add “and all the lands of immigration” to the title of the head of the church.

THE HEAD OF MONK: Traditionally the popes of Alexandria were chosen from among the monks of the Coptic monasteries. While there are few exceptions to this rule yet the great majority are monks. Once a monk was selected, a group of bishops and archons went to his monastery and brought the candidate back from the desert in chains. The custom of chaining their choice must have started in remote antiquity, for pious monks were prone to refuse this office and often fled from ordination, hiding from their pursuers.

It is also a tradition that after the ordination ceremony takes place the new patriarch goes to the monasteries to bless and be blessed from the holy monks who live there. So the patriarch in a sense is usually looked at as the head of monasticism. It is for this reason that H.H. Pope Tawadrous II was vested with the Eskim (the Highest monastic rank) few days before his enthronement. Reason being is that since he is the head of monasticism therefore he is able to vest monks with the Eskim.

Instructions To A Monk

The Repentance Of A Harlot 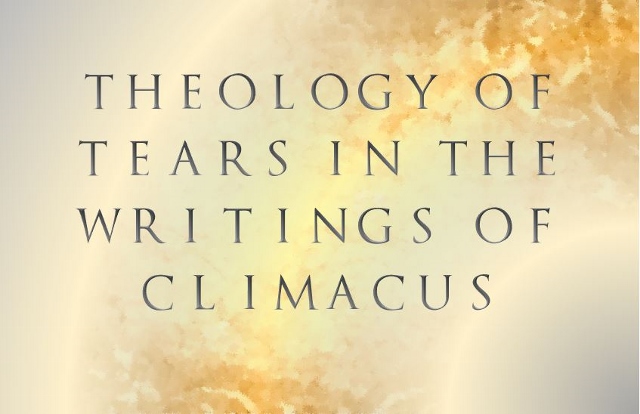 John Chryssavgis - January 10, 2017
0
The gift of tears is something ‘native’ to historical Christianity which distinguishes it from the ascetic or mystical traditions of other religions. There is...