Home Christian Living The Beauty of the Night
Facebook
WhatsApp 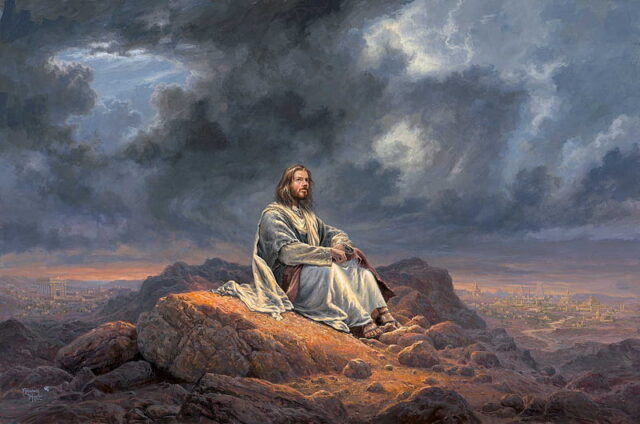 “I Sought Him, But I Did Not Find Him”

By night on my bed I sought the one I love; I sought him, but I did not find him.

Our spiritual life is not all about the pleasures that we experience in the presence of the Lord. There are wars to be expected and fought. As the Bible warns us, a righteous man may fall seven times and rise again, (Prov 24:16). Satan envies the children of God and tries to hinder their spiritual growth. There are also times in which we manifest signs of weakness and abandonment. Therefore, throughout our spiritual life, it would be

virtually impossible to feel that, His left hand is under my head, and his right hand embraces me. (Song 2:6). It will also be difficult to claim that you have constantly been able to abide in the Father because of the intervals in which failures, weaknesses, confusion, abandonment are likely, even inevitable.

By night on my bed I sought the one I love. I would like to contemplate on the word night. There are two meanings for the word night. One is physical or literal, and the other is spiritual. The literal meaning for the word night could be taken to reflect that the night is a favorable time to exist in the presence of the Lord. The night is the time when nature is most serene and peaceful, and when we are far from the hustle and bustle of the never-ending burdens, toils and responsibilities of the day.

It is at night that man can finally recoil and retreat from all of these burdens to ponder and contemplate. It is then that man can enjoy the Lord in solitude and in seclusion. In this regard, it is worth mentioning that one of the fathers has most aptly described the night as a time that should be dedicated to prayer. Our Lord Jesus Christ used to spend the night praying on Mount Olive. It was as though He was enjoying the night on Mount Olive. In Psalm 134, we read, Praise the Lord, all you servants of the Lord who minister by night in the house of the Lord. Lift up your hands in the sanctuary and praise the Lord, (Ps. 134:2).

Many saints have experienced the joy of praying in the peace and tranquility of the night. A great deal of saints were in the habit of sleeping for a short while during the day in order to spend the whole night in prayers. We know the story of St. Arsanius who used to put his back to the sunset and stand praying until the sun would rise in front of him. He used to spend the whole night praying. The same thing was said about our Lord Jesus Christ who

used to spend the whole night praying. One of our holy fathers has aptly said, Gain the friendship of the night in order to have a victorious spiritual life during the day. The spiritual funds that you have been able to store and accumulate during the night will prove useful during the day.

The night belongs to the Lord. He has, thus, established the stars and the planets that shine and give light till the end of time to govern it. It is a sad and deplorable thing that currently the night has acquired a bad reputation. We often times hear about night clubs, nightly gatherings and parties, and all manners of wasteful and unavailing “fun.” The night seems to have lost its dignified and venerable spiritual position. However, the fact remains that the night belongs to the Lord. Jesus spent the night praying. To Him belongs the night and the day. in the

At the present time, the word night is associated in the minds of many with amusement, diversion, and distraction. It is not surprising, then, that when they sing they use the word night to reminisce and evoke their shameful and reprehensible deeds at night.

The spiritual person, by ridding oneself from the hustle and bustle and the many wearisome responsibilities of the day, is capable of finding oneself in the seclusion and solitude offered by the night. The night offers the best time to meditate and give an account for your day. Likewise, it also presents the most opportune time to pray in serenity and tranquility. Imagine that while the whole world is asleep, you alone are enjoying the presence of the Lord. You feel as though the Lord is there just for you.

Extract from “Have You Seen the One I Love? Contemplations on the Song of Songs” by Pope Shenouda III

Holy Fools As Imitators Of Christ

On The Fathers Who Have Completed Their Course 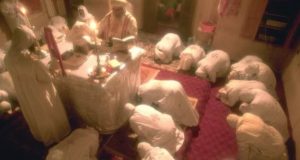 St. Shenouda the Archimandrite - July 12, 2019
0
Now there are others who blaspheme, saying that Mary did not conceive Christ and that if she had conceived, then her womb would have...