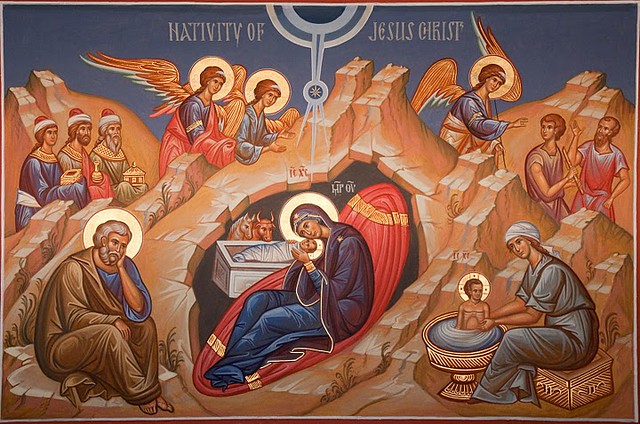 THE DEPENDENCE OF THE CREATION ON THE CHILD OF SWADDLING CLOTHES

O wise man, come, see the babe in the swaddling clothes, recognize in Him how the whole creation depends on His bidding. Again wonder at Him, while placed in the manger in Ephrathah He was governing the sea and the land together with His Father.

While a young woman gives Him milk as to an infant He was giving dew and rain for the seeds of the earth. If you have a soul that is full of faith, let your mind take flight and see that He is totally above and below.

Look upon Him who sits the chariot of the heavenly beings while a young girl carries Him in her arms, yet He is one and the same. For behold, the company of Gabriel bow down before Him with their faces bent downwards to the ground while the household members of Joseph carry Him in their arms.

Seraphs chants, “Holy, holy, holy” before Him with their mouths while human beings carry Him and sing lullabies to Him with their tongues. Heaven is too small and it does not contain Him if He dwells in it but spacious enough is the bosom of Mary for Him to be carried about in it.

This is the Child who fashioned His mother in the womb of her mother yet He was fashioned physically and became born from her. He produced milk and set breasts in the pure body and again He sucked from the tender milk that He made.

Priesthood Is A Specific Calling

Fasting- A Period of Love 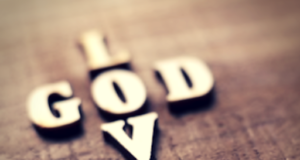 H.H. Pope Shenouda III - March 17, 2020
0
True Love Love is to be directed first to God If we wish to understand love in its true scriptural foundations, we must...