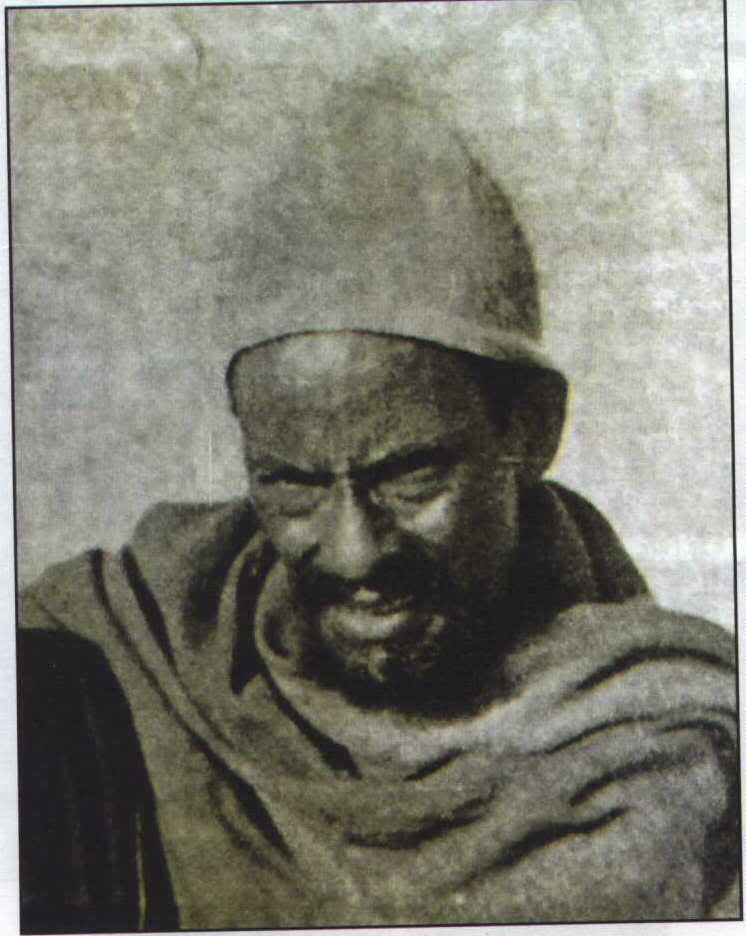 Though peculiar in many ways, Abuna Abd el-Mesih was, and still is, a real inspiration to several Egyptian monks who cherish him greatly. Thus Abuna Matta el-Maskin (now at Dair Anba Samwil) wanted to live with him. The Ethiopian, however, in true Antonian manner, refused to allow Abuna Matta to come close to him. Only after five days of continuous persistence and by leading an exemplary eremitical life, did the Ethiopian receive Abuna Matta who then stayed with him for several months. Another hermit influenced by the example of Abuna Abd el-Mesih is Abuna Antonius el-Suriany (H.H. Pope Shenouda III), who also lived for a time in one of the caves near those of the Ethiopian solitary.

I have visited Abuna Abd el-Mesih at two different occasions and was impressed by his utter indifference to the world. It was difficult for the solitary to understand that a German could be in Egypt, and that, furthermore, a German could also be a Christian. “A German is not, no, never a Christian, for Germans don’t believe in God.” His strong anti-German reaction is due undoubtedly to his war experience, where he was taken by the British for a German spy.

The food which we brought along, the hermit refused, expressing his disgust by informing us that he would give it to the Bedouins. “God gives me my daily bread, you don’t have to come and feed me.” While trying to convince him that he should eat a little more to keep, healthy, he merely answered: “When I am sick I enjoy the blessings of God even more, what else can I want than the blessings of God.” When Abuna Antonius suggested a wooden door for his cell he merely retorted : “A wolf doesn’t need a door, does he?” He continued his discourse by saying: “All the monks, for that matter especially those at Dair el-Baramous and, Dair el-Surian are making war against me, telling me to eat and eat. “They should know better that when you eat oil and fish (sardines), the devil will visit you at night, and you are at the mercy of the devil.” In 1958, Abuna Abd el-Mesih left his cave for the first time to be taken to a physician in Alexandria. The doctor admonished him to eat, but the food which he received from him he merely passed on to the driver of the car. “My doctor is Jesus Christ, my food is Jesus Christ, my fuel is Jesus Christ.”

The personality of Abuna Abd el-Mesih reveals many characteristics of Oriental psychology, and it is not easy for the Western Christian to understand the dynamics of this solitary monk. That these however, are real, is evident from the influence he has had on, at least: three people who already have made a distinct contribution to the Christian Church in Egypt: Abuna Matta el-Maskin, Abuna Antonius el-Suriany and Abuna Mina el-Muttawahad el-Baramusy or Anba Kyrillos VI, the 116th Patriarch.

Featured Article - February 24, 2016
0
The Lord, wishing to show that every commandment is obligatory but that sonship is a gift bestowed on human beings by means of his...