Abouna Mina’s life as a monk had begun at the age of 25 when he resigned from Thomas Cook’s, the celebrated

travel agency, after obtaining the Patriarch’s personal permission to become a monk. While in secondary school in Alexandria, he had been inspired by reading the lives of famous monks; the monastery he selected was al-Baramus located near his birthplace in the Nile Delta village of Tukh an-Nasarah.

Born in 1902, he was educated in a primary school in Damanhur, a predominantly Moslem town. Before joining Cook’s in 1924, he worked with his brother in a Dutch firm. As a young monk, he came under the influence of leading spiritual figures in the church; in middle age, he passed on inspiration to other young men, who are now part of a cadre of monks combining education and piety, rarely joined in the Coptic Church. Ordained in 1931, Abouna Mina attended the Helwan School for Monks for two years and, following a short stay in Upper Egypt, he entered a cave near the Monastery of al-Baramus. A famous monk at the monastery had been his spiritual father. A monk known as Abouna ‘Abd al-Masih the Ethiopian and renowned as a prophet influenced Abouna Mina greatly as he lived his solitary life in the cave, going to the monastery only to obtain supplies of water and flour for baking his own bread. His harsh personal purification involved days of fasting and hours of prayer.

In 1936, after being refused permission to rebuild the Monastery of St. Menas near Alexandria, Abouna Mina moved to a deserted Napoleonic windmill in Old Cairo. He built his monastic cell and a small chapel, slept on the ground on sackcloth and lived off gifts of food. His growing fame as a mystic attracted Coptic pilgrims who came for his blessing. It was here that Patriarch Yuannis XIX made his prophetic visit.

According to Dr. Meinardus, the monk was expelled from the windmill during World War II by the British, who suspected him of spying. Another source maintains he was expelled to make room for archeological excavations. His prayerful message to the pious who surrounded him as he left his windmill characterizes his deep spiritual commitment: “Do not cry, my children. The Lord’s Will must be done. His plans are sublime. The Lord will not abandon me. He who provides his feeding to the weakest bird will give me shelter and bread. Do not be anxious for me.”

Abouna Mina stayed for a few years in a room near the Churches of St. Michael and St. Theodore the Eastern until his appointment in 1944 as head of the Monastery of St. Samuel in Upper Egypt. Though he was in the most isolated of the desert monasteries, pilgrims still traveled to Abouna Mina to obtain advice, prayers and blessing.

Next, he began his final pre-patriarchal phase by using the donations of pilgrims to build the Church of St. Menas in Old Cairo where he was praying on the day of his selection as Patriarch. In a settlement house adjacent to the church, he trained students for the monastic life; when this project was discontinued he rented rooms for few piasters to university students from Upper Egypt.

In the first year of his reign as Patriarch, Kyrillos VI demonstrated both his single mindedness and his sense of the religiously dramatic. Under his direction, two convoys of cars one from Cairo and one from Alexandria converged on a desert area where the Monastery of St. Menas once stood. It was the monastery the Patriarch had tried to rebuild a quarter of a century earlier in honor of his namesake, Menas (or Mina), an Egyptian officer in the Roman Army martyred in 296 A.D. for defiantly announcing his Christian faith.

By piety and performance, the Patriarch touches the emotional, high strung religious feelings of the Copts. He wakes daily at 3 a.m. to pray; he officiates publicly at the daily celebrations of the liturgy. During Lent, he fasts daily from midnight to 6 p.m. when he celebrates Lenten Mass. When the press interviewed him after his installation, he answered difficult questions with the admonition: “It is better not to speak, rather to pray,”

The Honor Of The Priesthood

On Discretion in Reading the Patristic Books on the Monastic Life 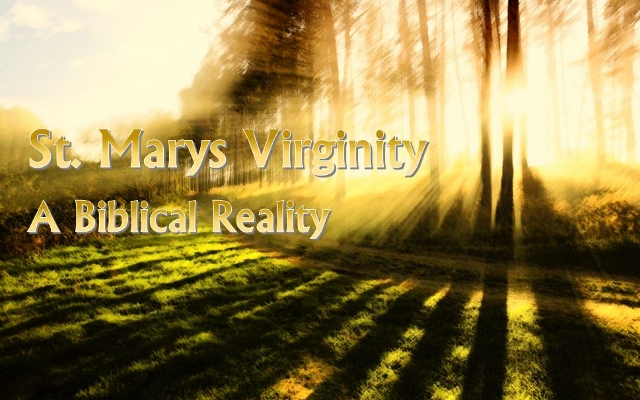