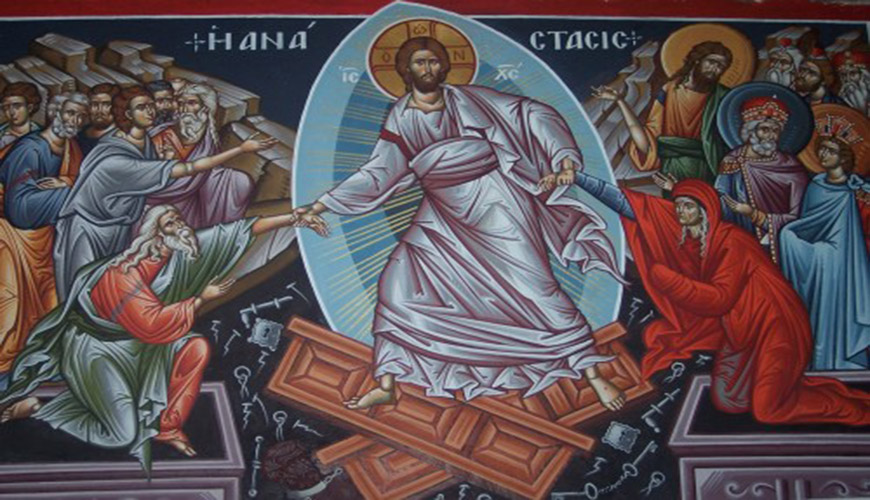 “Therefore, if anyone is in Christ, he is a new creation; old things have passed away; behold, all things have become new.”
2 Corinthians 5:17

The resurrection of Christ is a turning point in human history. It was the resurrection of our Lord that gave humanity a new chance to enjoy being in Christ again after a long period of separation from Adam’s fall to the resurrection of Christ. It was Christ’s victory over death that gave humanity a new lease on life, since through Christ’s death and resurrection death was transformed from being an end of life to a beginning of a new life. As St Paul said: “For if we have been united together in the likeness of His death, certainly we also shall be in the likeness of His resurrection… knowing that Christ, having been raised from the dead, dies no more. Death no longer has dominion over Him.” (Rom 6:5,9).

This newness of life has since been celebrated in many of the church sacraments. But the most profound celebration of Christ’s resurrection and his gift of being a New Creation is celebrated in the monastic life. There are many aspects in the process of consecrating monks that point to this significant truth. In the rite of consecration of a monk, the monk lies down and is covered from head to tow and the funeral prayer is prayed on him or her. After praying the funeral prayer with its sad tunes the monk is then uncovered and raised up and joyful tunes are sung. This rite of ordination clearly points to the fact that the monastic life is a death to the world and being raised again in Christ Jesus.

It is therefore for a good reason that the early monks looked at the monastic consecration to be a second baptism. Since like baptism it involves death to the old man and resurrection into the new one. As St Paul said: “Therefore we were buried with Him through baptism into death, that just as Christ was raised from the dead by the glory of the Father, even so we also should walk in newness of life.” (Rom 6:4)

After the newly consecrated monk is raised he is given a new name as a sign of his new life. His old man has just died and the one alive now is a new man. In fact sometimes monks are given the chance to choose their new name but some object saying “a new born baby has no choice in what name he is given.” Not only is their first name is changed but also their name is changed to the name of the saint of the monastery. So if he was ordained at St Macarius’s monastery he would have “St Macarius” or in Arabic “el Macari” as a family name, as a sign that he no longer belongs to his biological family but to a new heavenly family that share and enjoy the  same new life of resurrection. This relationship between the change of name and enjoying the life of the resurrected Christ is not only symbolic but it is Biblically rooted. In the book of revelation; “to him who overcomes… I will give him a white stone, and on the stone a new name written which no one knows except he who receives it.” (Rev 2:17)

In St Paul’s letter to the Corinthians, he explains how after the general resurrection and the second coming of Christ we will be raised in spiritual bodies. Our physical body which was “sown in dishonor, it is raised in glory. It is sown in weakness, it is raised in power. It is sown a natural body, is raised a spiritual body.” (1Co 15:44) It is for this reason that the early church referred to monks as “heavenly beings or earthly angels” which expresses their deep belief that the monastic life is the perfect example of the life of the resurrection and new creation. Not in a celestial realm but lived here on earth.

Therefore, though every Christian gets to enjoy the life of new creation of the resurrected Christ, the monastic life is a continuous life example of this new life. It is through the monastic life that one can truly say the “old things have passed away; behold, all things have become new.”