Home Christian Living I Want Nothing From The World
Facebook
WhatsApp

I want nothing from the world

I want nothing from the world.., for the world has nothing to be desired. The desires of the world are only attractive to those who value them.

I want nothing of the world, for I am not of the world. I am not dust as many think, I was created by a divine breath.. I was in God’s plan from eternity and God placed me on the earth.. But I shall leave it after a while and return to God…. So I want nothing of this earth. “I came forth from the Father, and have come into the word,. Again, I leave the world and go to the Father” (John. 16:28).

I want nothing of the world; all that I want is to get rid of it, to be released from it, from the flesh and from the earth! I want to return to God – as before – to be again a holy breath not defiled by any worldly thing.

I want nothing of the world because I seek eternal, immortal things and the world has nothing that is immortal. All that is in the world is passing away, even the world itself will perish and come to nothing. I do not seek perishable things.

I want nothing of the world because I have the One whom I ask and He gives me..

He who is rich and powerful, in Whom I have found satisfaction and by Whom I lack nothing.. He gives me before I ask Him, He gives me what is good and of benefit to me.. Since I have put myself in His hands I need nothing of the world.

I want nothing of the world, for the world does not give me for my benefit but it gives with the purpose of subduing me. Those who received what the world gave them became slaves to the world.. It gave them the pleasures of the body and took from them the purity of the spirit.. The world gave them the worldly enjoyment and took from them the blessings of the heavenly Kingdom. Satan gave them all the kingdoms of the world and their glory to make them fall down and worship him. He always gives all that he has to make people lose their souls. As for me: “I have suffered the loss of all things, and count them as rubbish, that I may gain Christ” (Phil. 3:8). This world takes more than it gives. It subjects those who desire it… So I want nothing of it..

I want nothing of the world, for I am superior to it. I am a son of God – in the image of God and after His likeness. I am a temple for the Holy Spirit and a place of dwelling for God. I am the only creature who partakes of His Holy Flesh and Blood.. I am superior to the world and the world is in need of me to give it.. for I have the keys of heaven and earth. I am the one who God in His loving-kindness and humility, willed to make me the light of the world and the salt of the earth (Matt. 5:13,14).

I want nothing of the world, because I want to live as my fathers did; those whom the earth was not deserving of them to walk upon it. They lived a life which took nothing from the world. On the other hand they were a blessing to the world. For the sake of their prayers God sent rain on the earth… and for their sakes God preserves the world till today..

I want nothing of the world, because sin entered it and corrupted it.. In the beginning God saw everything and behold it was very good, as sin had not yet entered the world. Even the great sea creatures were blessed by God to be fruitful and to multiply. But now, the masterpiece that God had drawn is scarred. Therefore I reject the world that loves the darkness more than the light and I no longer desire anything of it.

I want nothing of the world, because I want You alone; You who loved me till the end and gave Yourself up for me; You who formed me out of nothing and You Who was not in need of my service but it is rather I who was in need of Your sovereignty..

Therefore I want to be released from the world and be united to You, Who gave me the gift of knowing You.

From: The Release of the Spirit 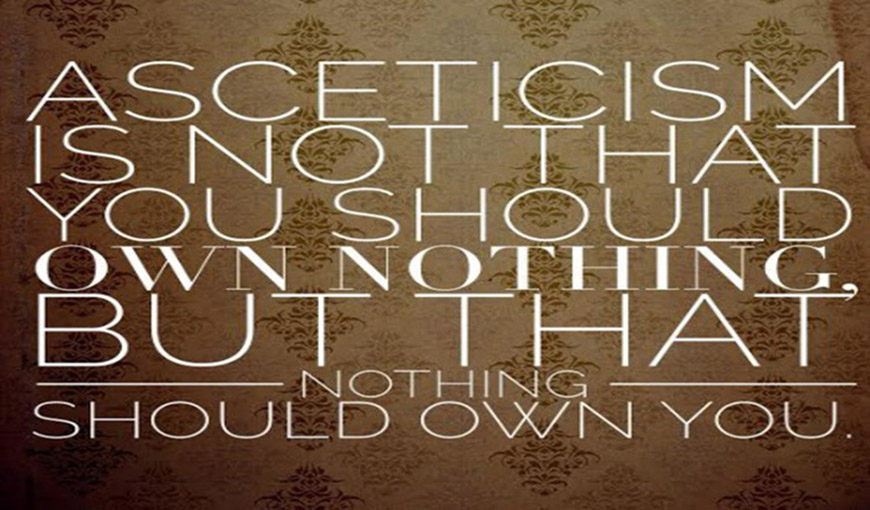 H.G. Bishop Serapion - March 30, 2016
0
Asceticism is to live with satisfaction on your minimal needs without experiencing delight and getting away from materialism. St. Paul the Apostle reminded his...