For the monks, cultivating a spirit of humility meant moving in two opposite directions at once: fostering both a sense of one’s sinfulness and a sense of one’s utter dependence upon the mercy of God. The self-abnegation which the monks so often expressed should not be mistaken for self-hatred. It reflected rather an honest assessment of their endless capacity for guile and self-deceit. On the other hand, by cultivating this sense of themselves as sinners, as people incapable of doing anything good, they found they were able to open themselves to receive the mercy of God—and of others. In so doing, they discovered unexpected resources of power and goodness in their lives. To describe this experience of humility for themselves and others, the monks looked both to Scripture and to their own experience.

One elder alluded to this “double movement” of humility by pointing out how one should see oneself in relation to others: ‘ ‘The divine work of humility [is] considering oneself a sinner, inferior to all . . . not paying attention to other’s sins but always to one’s own, praying to God ceaselessly.” A similar sensibility also pertained to religious experiences. For the desert fathers, a humble consciousness of one’s sins was far more important than any special religious experiences. One elder used a play on words to illustrate this for a brother whose imagination had been captivated by talk of extraordinary visions. He asked the elder, “How is it that some say, ‘we have seen visions of angels’?” The old man replied in language which echoes the Beatitudes, shifting the brother’s attention to another kind of vision, “Happy is he who always sees his sins.” This awareness of one’s weakness and sin was shown to be part of the virtue of ascetical practices.

In response to someone who wanted to know the good of fasting and vigils, Abba Moses said, “They make the soul humble.” In support of this, he cited Ps 25:18, “Consider my affliction and my trouble, and forgive all my sins.” He comments further, “If the soul gives itself all this hardship, God will have mercy on it,” suggesting that, like the psalmist, the soul will be more open to the grace and protection of God from the lowly place of humility. Abba Sisoes emphasized the connection between humility and the cultivation of a silent confidence in God through an allusion to a text from Isaiah. He told a brother who came to ask him for help: ‘ ‘The thing which you seek is great silence and humility. For it is written, ‘Blessed are those who abide in him (Is 30:18)’ for thus they are able to stand.” Humility in this instance refers to a deep confidence in the goodness of God which is symbolized by a silent, abiding trust. 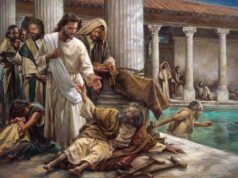 One Body & One Spirit 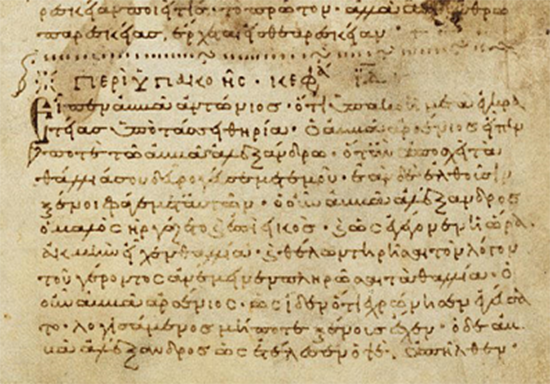