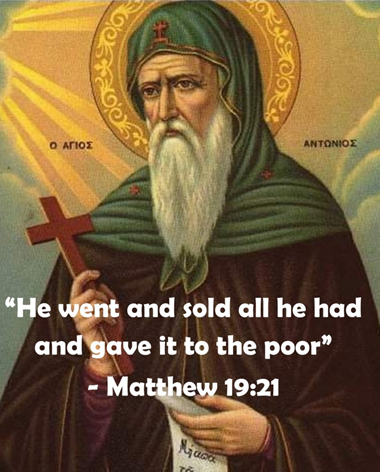 I wish today to offer you a banquet of honors for Anthony the Great, since this is an obligation encumbent on me. For who is called to honor the master more than his disciples?

Besides, it is better for us to honor the saint to the best of our ability than to pass over him in silence and have what is written be fulfilled to our detriment: `No prophet is honored in his own village’. It would be strange indeed for us to venerate with every honor at our disposal other saints from far away and distant countries while we remain silent about our saint, who is right at hand, imitating in this regard that malady whereby the eyes see well what is distant from them but do not recognize with certainty what is close up and right in front of them.

If you have not yet understood that Anthony is your fellow countryman, I shall call it to your attention from the words of Athanasius himself. For it is good that I begin with the words of Athanasius so that if someone wishes to speak ill of my words shame will rein him in, just as someone who wants to attack somebody spares him because he sees him bearing the royal insignia. Anthony, says Athanasius, was Egyptian by birth . Where will the sun rise except in the east? And where do you wish Anthony to shine forth except in Egypt, the place where sin abounded but grace abounded all the more where the poor blossom and foreigners gather? For most of the saints who have lived have been from Egypt or Egypt has attracted them from other places, as a valley collects on its valley floor waters that flow into it from both sides, or as the sea which contains its own waters also has rivers flowing into it continuously from all directions.

It is not only Anthony’s homeland that is worthy of admiration, but his family as well. For his parents, Athanasius says, were well-born and had numerous possessions; because of this, it appears that Antony not only had the intention to renounce worldly things but did so in fact. For there is no guarantee that a person who has despised a little will also be able to forget a lot, but it is clear that the person who has renounced a lot will not be concerned at all with a lesser amount.

Therefore, when Anthony went to the church as a young man and heard the Saviour say to the young man, `Go, sell your possessions, give them to the poor, and lay up for yourself treasure in heaven, and come and follow me’, he did not disregard anything that the Saviour said and was not sad like the young man in the Gospel. On the contrary, he left immediately and joyfully did what the Saviour had told him and stripped himself of everything, as someone takes off a dirty tunic too filthy to wear, or as someone whom weariness or the sweat of summer forces to strip off his heavy clothing. Arid he spoke, not only about his intentions, but also concerning that which he had already done: `See, I have renounced everything and have followed you. What then will I have?’ And he heard even more forcefully, `You will receive a hundred fold in this world, and you will also inherit life eternal’.

Now that I have said these things, you who are listening to me should yourself marvel at what sort of zealous person he was before he was even living the zealous life and how he was a monk before he had even donned the monastic habit, going to church as was his custom and hearing the reading of the Scriptures as was his habit, and listening, not merely listening, but listening attentively, and not merely listening attentively, but also putting into practice what he heard, and even doing so before he heard it! In this way he heard and cried out like Israel of old: `we will put into practice and obey the words that the Lord our God has spoken. For when a person approaches the place where the word of God is spoken, he is ready to do the good that he will hear: it is as though he had already done it before he even heard it.

Anthony was, therefore, virtuous by nature from the time he was little, just as babies come into the world without needing outside experts to teach them to eat or drink or sleep and other things of this sort; on the contrary, nature alone guides them in such natural matters. So Antony had no need for an outside teacher to teach him what is suitable; on the contrary, good disposition and reason drew him into the church and prepared his ear to hear and his heart to understand what was being read and gave him the will to do what he was told before he had even heard it.

For who is there among the historians who has not spoken about Anthony? Who is there among the writers to whom Anthony has not given material? Or who is there among the fathers who has not praised that blessed old man? For Athanasius said, `As for me, it is a great profit for me merely to remember Anthony’. If Basil [of Caesarea] wishes to list the names of the monks, he summons the name of Anthony for his readers . If Gregory [of Nazianzus] wishes to name Athanasius, he introduces Antony into his discourse. If John [Chrysostom] wishes to characterise those who have renounced the world, he says `like Anthony the Great’. If Cyril [of Alexandria] wishes to praise the monks of Egypt, he says `Emulate Antony’. If Severus [of Antioch] wishes to give an example of those who have conducted themselves well in the sensible world, he says ‘like Anthony the Great’. And above all of these, Apa Shenoute the truth-teller said, ‘If you gathered together all the monks in the world, there would not be a single Antony among them’.

By: St. John Of Shmun

On the Power of the Cross 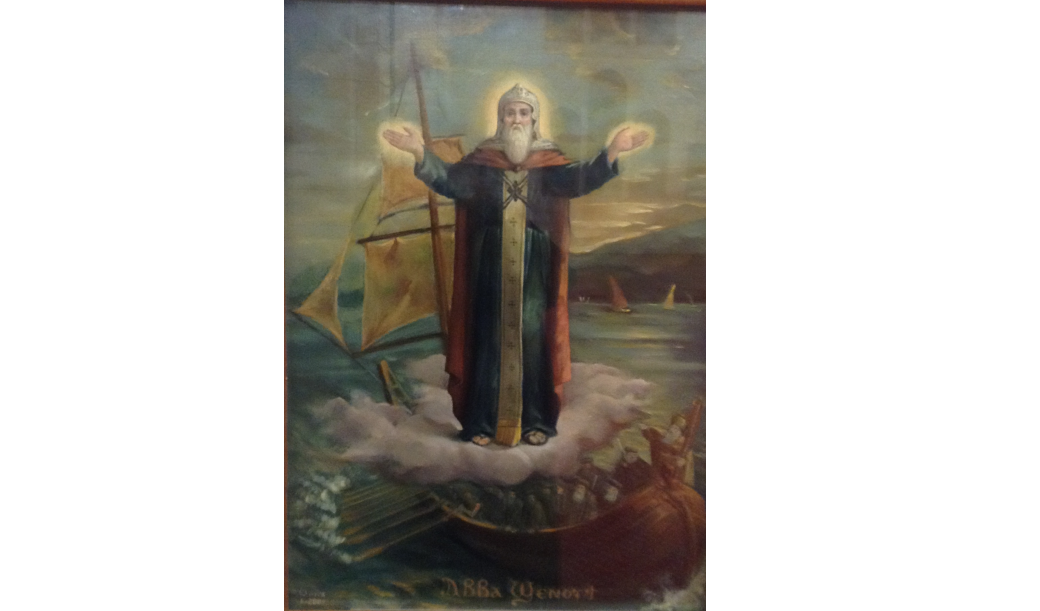 Abba Wissa - July 9, 2016
0
It happened on one occasion that the holy Patriarch Abba Kyrillos sent for my father St. Shenouda and Abba Victor the Archimandrite of Tabaneese...