The Nativity and Humility
The Son has invited us to learn humility from Him and said: “Learn from Me, for I am gentle and lowly in heart” (Matt. 11:29), and thus the most important thing that we learn from Him is humility.

(1) The first thing we mention in His humility is His Incarnation
In this, the Apostle Saint Paul says about Christ our Lord: “who, being in the form of God, did not consider it robbery to be equal with God, but made Himself of no reputation, taking the form of a bondservant, and coming in the likeness of men. And being found in appearance as a man, He humbled Himself. “ (Philippians 2: 6-8). That is, He made Himself of no reputation from all the manifestations of majesty and honour that are suitable to His divinity, taking the image of the bondservant. What humility more than that could possibly exist?

The divine Providence resides in this humility. So long as the first sin which entered the world was pride, whether as regards Satan or man, thus it was fitting for the Saviour to conquer it by humility.

The Incarnation was, in this manner, the greatest action of humility, with which the Lord shamed that pride by which Satan deceived our first parents that they would become like God (Gen. 3:5). In response to man becoming like God, God became a man through His humility.

(2) It is also because of the humility of God that He was born in a manger of animals
In a despicable place, from a poor mother who was betrothed to a poor carpenter, and from a village that was: “the least among the rulers of Judah, Bethlehem” (Matt. 2: 5-6). He was not ashamed to be called Nazarite, while it was said in wonder: “Can anything good come out of Nazareth?” (John 1:46).

(3) He lived in His humility, far away from manifestations and surnames
He accepted to run away to Egypt from the sword of Herod, while it was possible for Him to annihilate Herod. He lived thirty years far away from lights.

During all the period of His preaching, He lived and had “nowhere to lay His head” (Luke 9:58), without any official post in society, followed by simple disciples, the majority of which were fishermen and ignorant. When He went to Jerusalem, He went “sitting on a donkey, a colt, the foal of a donkey” (Matt. 21:5).

(4) He also lived submitting Himself to the Law, and He saw to its keeping
Is He not the One who said: “Do not think that I came to destroy the Law or the Prophets. I did not come to destroy but to fulfill. For assuredly, I say to you, till heaven and earth pass away, one jot or one tittle will by no means pass from the law till all is fulfilled” (Matt. 5: 17-18).

In His submission to the Law, He was circumcised in the eighth day (Luke 2:21).

And according to the law, He did not begin His pastoral service, until He was in the thirtieth year of His life, in conformity to the mature age which is supposed to be in any man, although when He was twelve years of age, He was found in the temple “sitting in the midst of the teachers, both listening to them and asking them questions. And all who heard Him were astonished at His understanding and answers” (Luke 2:46-47). 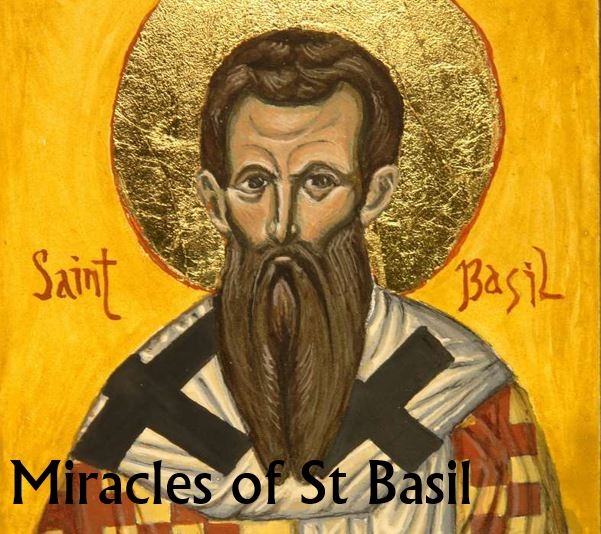 Featured Article - January 10, 2017
0
The Commemoration of the Miracle performed by St. Basil, Bishop of Caesarea, Cappadocia. A young man, who loved his master's daughter, Satan, his enemy and...