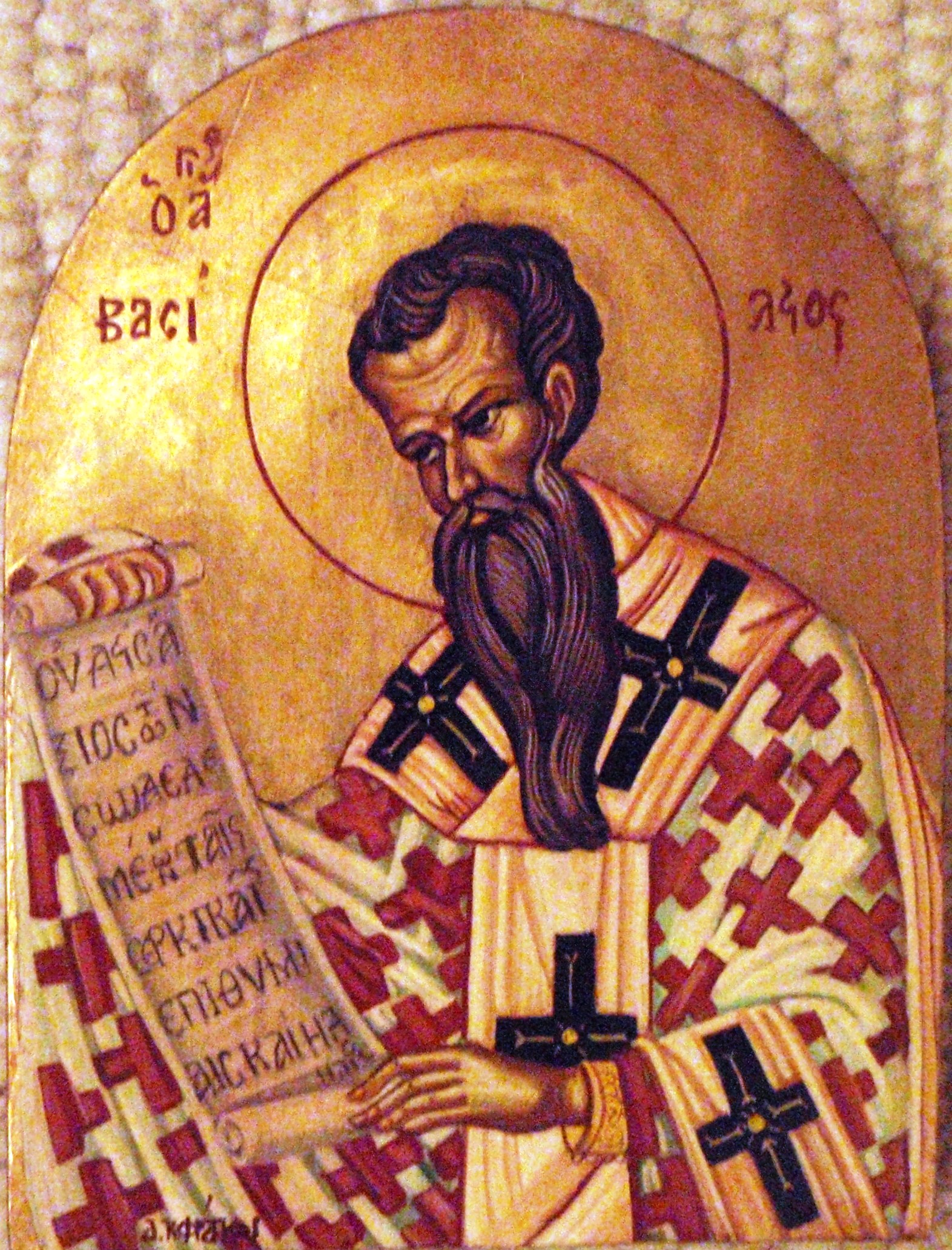 One of the great church fathers of the 4th century is St Basil the bishop of Caesarea. He has no comprehensive biography, yet from what we know about him in the funerary oration by St Gregory of Nyssa (his brother) and by St Gregory of Nazianzus (his best friend) and his extensive volume of writings and monastic rules we can appreciate the depth of spirituality and its relevance to our lives today sixteen hundred years later.

St Basil’s Christian formation as a young man has been highly influenced by his family members. Nearly all of his family members are canonized saints in the Orthodox Church. His grand mother Macrina the elder, his mother Emmelia, his sister St Macrina the younger who was a leader of a women’s monastic community, and as we mentioned his brother Gregory the bishop of Nyssa, and his other brother Peter bishop of Sebasteia. Similar holy families have come up in later church history, for example in 12th and 13th centuries we have Awlad el Assal (sons of Asaal) who presented to the Coptic church a great library of Arabic Christian literature. Also early in the twentieth century we have the family of Fr abd el Masih Salib el Masoudi, who was the spiritual father of pope Kyrillos VI. At least five members of his family from three generations were monks or nuns, some of whom were well renowned for their scholarly works and writings.

The main reason for my admiration of this great saint is his outstanding success in every stage of his life. As a young man he went to Athens to receive his education in Greek literature, rhetoric, and philosophy, under the most famous teachers. It was at this time that he met with his life long soul mate, St Gregory who was to become the bishop of Nazianzus. During this time he was one of the very successful students, as a contemporary writer describes him:

Who, owing to his character, was less in need of education? Yet who, even with his character, was so imbued with learning? What branch of learning did he not traverse; and that with unexampled success, passing through all, as no one else passed through any one of them… .Who had such power in Rhetoric, which breathes with the might of fire, different as his disposition was from that of rhetoricians? Who in Grammar, which perfects our tongues in Greek and compiles history, and presides over meters and legislates for poems? Who in Philosophy, that really lofty and high reaching science, whether practical and speculative… .

After St Basil was reprimanded by his sister Macrina (who by then was an elder of a women’s monastic community) about devoting too much time to secular learning and not enough time to God, he decided to go to the desert to lead a monastic life. During this time he excelled in the monastic virtues (Obedience, Chastity, Poverty). His devotion to the ascetic life attracted many more young men who wanted to live under his care. Eventually he felt the need to organize a monastic community who’s rules we have until today.

While in the desert, he kept in contact with his other best friend St John Chrysostom. As the fight against the Arian heresy grew stronger so did the eyes of the church hierarchs to ordain them priest to help them in these hard times. They both made an agreement that they either both take on the priesthood or both refuse. St John sent a letter nominating St Basil to the episcopate, without any intention to be ordained himself. St Basil reluctantly accepted the nomination on the grounds that St John has also accepted the episcopacy. When St Basil found out about the plot he exchanged letters with his friend, which is the greatest text of all times that describes the responsibilities and unworthiness of St Basil on one side and St John’s reply about the glory and blessings of the priesthood. Again while a bishop St Basil was a very successful pastor and preacher. We learn from his writings the great revival in the building of hospitals and his work for the poor who were being imprisoned and abused by landlords. On the theological front he was a great opponent to the Arian heresy and in keeping the Nicene Orthodox faith.

In short, the life of St Basil was like that of Joseph in the Old Testament and the same could be said about him, “The Lord was with [Basil] and he was a successful man.” The circumstances around him did not hinder him from glorifying God in his success in all aspects of life, his study, his ascetic life and his Episcopal calling. May his life remain as an example for all of us today.

Discipleship is the Secret of Strength in Monasticism

Featured Article - March 25, 2016
0
Missionaries and religious travellers to Egypt were baffled by the willing long-term relocation by ascetics to the desert, which they considered dreary and lonely...