There is no doubt that St. Antony gave to God everything he possessed; He did according to the commandment: “He went and sold all he had and gave it to the poor.” (Mt 19:21) He gave to God 300 acres of the most fertile land in Bani-Souif. He gave to God all that awaited him of wealth and authority as the single heir to his father. He gave up marriage, the children he could have had, and all there is in the world of knowledge, science, pleasure, and human relations.

This Saint has given up to God a plot of land (300 Acres). But God has given him the whole earth, and the heavens too. In every city he now has monasteries convents, churches, and shrines. All the wilderness became his, including the monasteries that are in other Saints names, because he is the Father of monasticism in the whole world. So, did he give more or take more.

When I see the land and property that now belong to the monastery of St. Antony in Egypt alone, I find that they exceed what St. Antony had given up in the small city of Kamn EI-Arouss!

See how our Lord Jesus Christ’s promises never fail: “Truly I say to you, there is no one who has left house or brothers or sisters or father or mother or children or lands for my sake and for- the gospel, who will not receive a hundred fold now in this time, and in the age to come, eternal life.” (Mark 10:29).

What did St Antony give up, other than land? Did he give up children?

Suppose that young Antony, instead of pursuing monastic life, had gotten married and had children. How many could he have had? Five, ten, twenty. He now has thousands of monks as sons, in every generation that call him father. They may total up to millions from the beginning of monasticism in the third century till the present time, plus millions of spiritual children like you. Truly, when Christ said, “you will be compensated hundred fold”, he was denying himself in his generosity, for he has given back a thousand fold.

Christ even made St. Antony cross boundaries of time and space. He who has left his village and lived in solitude in the mountains for the sake of God, who left the world behind for the sake of God, became the person that the whole world talks about, one whose name sounds in all corners of the world. Not one of the six continents of the world does not know St. Antony. His name crossed the boundaries of his village, the frontiers of Egypt, the boundaries of Africa while he was alive. He has children, monasteries, and churches in every place, and his shrines are innumerable. Truly, did he give or take?

What else did St. Antony give to God, Did he give him his life? Behold, God, has allowed St. Antony’s life to cross the boundaries of all ages. The lives of many people ends with their death, and their generation eventually forgets them. Sixteen centuries have passed since St. Antony’s death, but he is still living among us, living in his principles, in his teachings, in his children, in the path he trod, and in his memory.

He is one of the eternal names that cannot be forgotten, he is a great soul that was greater than death. Physical death could not put an end to his message, so his life did not only include his generation, but has extended across the generations. He is still among us for he lived a life that had a beginning but no end.

His father was a man of power and greatness and as his son he would have inherited the same power. Imagine that Saint Antony had stayed in his father’s place. what future awaited him? Was he to become the mayor of the city of Keman El Arous or the greatest man in the town of Beni Souef for the rest of his life, then be forgotten as his father was, despite his position, wealth, and power?

In contrast, Saint Antony the simple monk, Emperor Constantine sends to ask for his blessings; philosophers and noblemen come from all over the world seeking his wisdom. He gained fame that nobody had, and the church calls him, “Saint Antony the Great.”

Our relation with God is one of continuous taking; not giving. Do you think you give time to God in prayer? No, you do not give time to God in prayer; rather you receive unmeasurable blessings and gifts and the Holy Spirit works in you. God gives you life for a week, and you give him a day of the week from which He has given you. Are you then giving? No, you are taking the blessing of that day. And as the Bible says, “The Sabbath was made for man” (Mark 2:27).

When you give your life to God, you are giving him your emptiness and he will fill it. You are giving your weakness and taking God’s strength. As the one who gives tithes “The windows of heaven will be opened to him and God will pour down blessing on him until he cries Enough!” (Malachi 3:10).

Advance toward God. Give Him your will so that he can give you back strength and victory.

(From: H.H. Pope Shenouda III, Contemplations on the Life of St Antony the Great.) 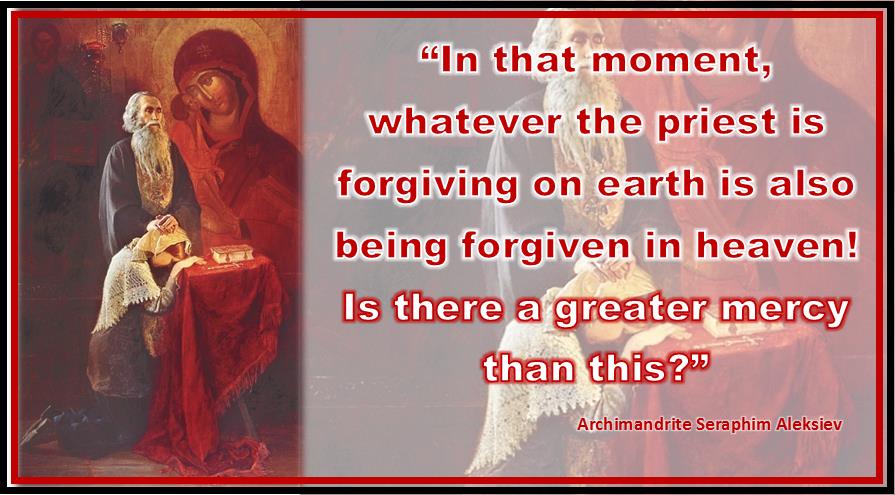