The Coptic Church, in its humble and meek spirit, teaches her children three types of prostration, or metanias (bowing). These are: prostrations of worship, repentance, and honor.

1. Prostrations of Worship
These are the prostrations offered to God during our individual or public worship, such as at the beginning of each of the hourly prayers when we say “Lord have mercy….”
St. Isaac said about such prostrations, “Bow at the beginning of your worship, asking God from your heart, with humiliation, to give you patience and control over your thoughts during prayers.” St. John Cassian said about the monks in Egypt, “I saw them in prayer. When they have finished reciting the Psalm they do not prostrate themselves in a hurry, as if it is a duty they want to get out of the way, like many of us do, on the contrary, they stand for a while to raise a short prayer, then they prostrate themselves in awe and great devotion. After that, they get to their feet in a brisk manner, standing uprightly with all their thoughts absorbed in prayer.”

The Church’s Canon defines the number and arrangement of such prostrations by saying, “the worshipper starts his prayer either with one or three prostrations. He should kneel down after each psalm or praise, or whenever the words “kneeling down” are contained in the prayer.” Believers (and in particular monks) who prostrate themselves as a daily routine during prayer follow these regulations. The aim of prostration is to offer thanks to the Lord for His great mercies, or for His help in a certain matter. These are known as thanksgiving prostrations.

Another aim of prostrating in prayer is to implore the Lord to grant us certain virtues or to pray for other people, saying such things as,

The Church does not allow prostration on Saturdays and Sundays or during the fifty days of Pentecost or after having Holy Communion, because these occasions are considered to be joyous occasions.

2. Prostrations of Repentance
There are two types of these prostrations:

+ Offering metanias to God, asking Him to have mercy on us, to give us the life of repentance and to forgive us our sins. These prostrations may be given as a task from our father of confession for the repentance of a certain sin, either for practice or as a corrective measure.

+ Offered by a person to his brethren after a meeting of discussion or reconciliation. The other party should accept these metanias and offer a similar metania in return, then they should shake hands in love, reconciliation and forgiveness, as it is written in the Bible, “Take heed to yourselves. If your brother sins against you, rebuke him; and if he repents, forgive him. And if he sins against you seven times a day and returns to you, saying, ‘I repent,’ you shall forgive him” (Luke 17:3-4).

The word “metanoia” is a Greek word which means repentance, that is, to change the mind from that which is wrong to that which is right. St. Paul says, “And do not be conformed to this world, but be transformed by the renewing of your mind, that you may prove what is that good and acceptable and perfect will of God” ( Romans 12:2).
Prostrations offered from the heart are a powerful action in attempting to attain the forgiveness of those whom you have transgressed against. If sincere, they can wipe out all effects of insult or transgression, and refill the heart with a love greater than it felt before.

+Metanias offered before the bodies of the martyrs and saints to honor their bodies because they endured devotion, hunger, thirst, tears and sweat on account of their great love for our Lord, Jesus Christ. Through this they became a dwelling place for the Holy Spirit. We honor them according to the promise of our Lord, Who said, “For those who honor Me, I will honor, and those who despise Me, shall be lightly esteemed” (1Sam.2:30). With such prostrations we also honor God, Who worked in them and led them to the shores of eternal peace.

+Metanias offered to the fathers of the Church, the Patriarch or bishops, are the second type of Prostrations of Honor in which we honor them as a sign of our love and obedience as they are ambassadors for Christ and successors of the Apostles in the holy Church. We also prostrate in worship to the Holy Spirit which dwells in them, through which they consecrate Altars and ordain priests and deacons. The Holy Bible is full of evidence that Prostrations of Honor to the clergy are proper.

I Sleep But My Heart Is Awake 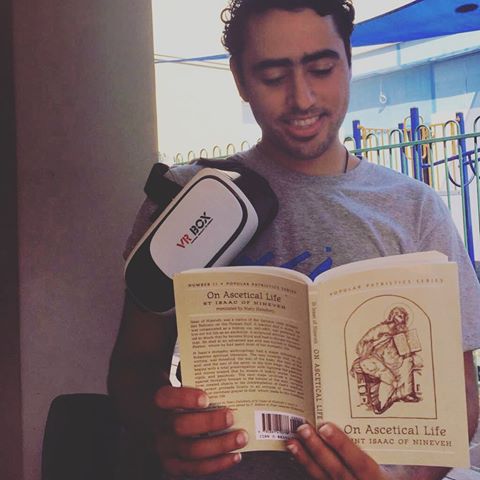 Bishop Hilarion Alfeyev - February 26, 2016
0
Isaac describes the ascetic life as a constant variation between periods of ‘assistance’ and ‘feebleness’, presence and abandonment, spiritual ups and downs. Periods of...