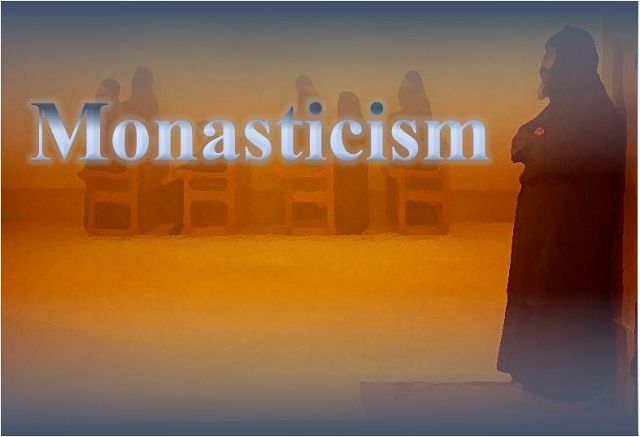 In the Orthodox Church the rite of monastic tonsure has a sacramental character. It is called a ‘sacrament’ (mystery) by Dionysius the Areopagite and other early Christian authors. It is also called a ‘sacrament’ in the rite itself. Like Baptism, it is death to fleshly life and a birth into a new, spiritual mode of existence. Like Chrismation, it is the seal and sign of being elected by God. Like Marriage, it is the betrothal with the Heavenly Bridegroom, Christ. Like Priesthood, it is a consecration for ministry to God. Like the Eucharist, it is union with Christ. As in Baptism, so in monastic tonsure the person receives a new name and has his sins forgiven. He rejects the sinful life and gives vows of faithfulness to Christ; he takes off a secular robe and puts on a new garment. Being born again, the person assumes infancy anew in order to attain ‘to the measure of the stature of the fullness of Christ’ (Eph.4:13).

The main goal of monasticism is the imitation of Christ whose way of life as described in the Gospel was altogether monastic. He was not married, was free from earthly bonds, had no roof over His head, traveled from place to place, lived in poverty, fasted, and spent nights in prayer. Monasticism is an attempt to come as close as possible to this ideal. It is the quest for sanctity, a search for God as the ultimate goal, the rejection of everything that binds one to earth and prevents one from ascending to heaven.

Monasticism is an unusual and exceptional way of life: not many are called to it. It is a life entirely and integrally given to God. The monastic renunciation of the world is not a hatred of the world’s beauty or of the delights of life; it is rather renunciation of sins and passions, of fleshly desires and lusts, in short, of everything that entered human life after the Fall. The aim of monasticism is a return to that primordial chastity and sinlessness which Adam and Eve possessed in Paradise. The church Fathers called monasticism ‘a life according to the Gospel’ and ‘a true philosophy’. As philosophers sought perfection along the paths of intellectual knowledge, so monks pursue perfection along the paths of ascetical struggle in imitation of Christ.

The entire philosophy of monasticism is expressed in the following words of Christ: ‘If you would be perfect, go, sell what you possess and give to the poor, and you will have treasure in heaven; and come, follow Me’ (Matt.19:21); ‘If any man would come after Me, let him deny himself and take up his cross and follow Me. For whoever will save his life will lose it, and whoever loses his life for My sake will find it’ (Matt.16:24-25); ‘He who loves father and mother more than Me is not worthy of Me’ (Matt.10:37). Monasticism is for those who want to be perfect, to follow Christ and to give their life for Him, to sell everything in order to have heavenly treasure. Like a merchant who goes and sells all his possessions in order to buy a pearl, a monk is ready to deny everything in the world in order to acquire Christ.

Monasticism was a part of the Church’s life from very early times, but it came to the force in the fourth century, when persecutions ceased. While during the first three centuries all adherents to Christianity were potential martyrs, in the fourth century the new faith virtually became the state religion of the Roman Empire. Now the quest for martyrdom and sacrifice led people into deep deserts, where ascetics created their ‘state within the state’. The deserts of Egypt, Syria and Palestine, once fruitless and lifeless, were watered and populated by monks.

The church Fathers understood that the transfiguration of the world and people’s happiness depend not so much on external circumstances but on people’s inner condition. True renovation of the world is only possible in the realm of spiritual life. Thus, neither Christ, nor the apostles nor the church Fathers demanded social changes; rather, all of them called for the inner spiritual transformation of each particular human being. Monks do not attempt to make the world better. They try to make themselves better in order that the world might be transformed from within. ‘Save yourself, and thousands around you will be saved’, says St Seraphim of Sarov. These words reflect the ultimate goal of monasticism and of Christianity in general. Needless to say, monasticism is not the only way of ‘saving oneself’, not even the best or the most convenient way. It is one of the ways, like marriage or priesthood, which may lead one to salvation and deification, if one continues along this path to the end. 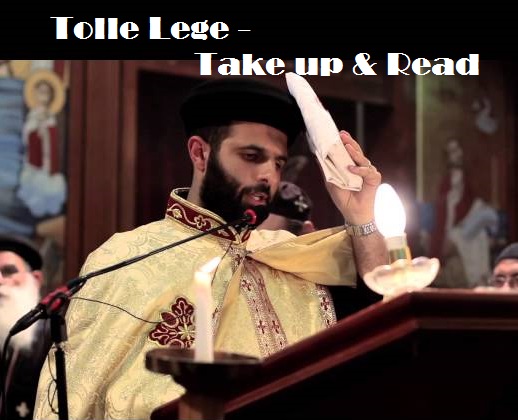 Fr. Mark Basily - April 6, 2017
0
The exercise of reading conjures up all kinds of different feelings and emotions for different people. For some, reading is one of life’s greatest...