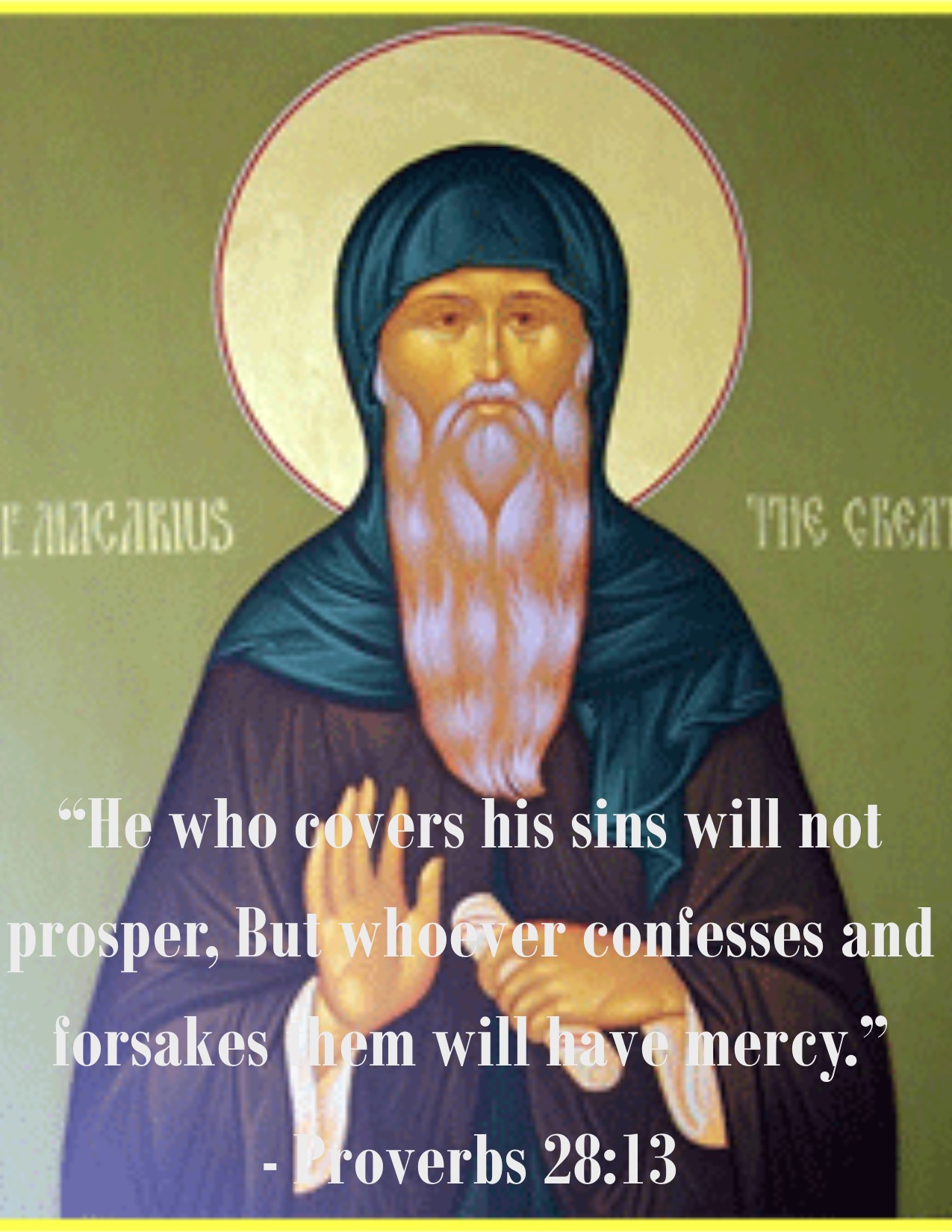 Saint Macarius (which means blessed) the Great was born in the year 295, in a village named Shabsheer, to pious Christian parents; Abraham, who was a priest, and Sarah. Before the saint’s birth, his father saw a vision where an angel told him he was going to have a son, whose name will be known all over the Earth, and who would have many spiritual sons. When he grew up, his father forced him to marry against his will. However, he pretended to be sick for several days, and asked his parents to allow him to go to the wilderness to relax and recover. In the wilderness, he prayed to the Lord to direct him. There he saw a vision, in which one of the Cherubim carried him with his wings, took him to the top of the mountain and showed him the entire desert. The Cherub told him that God had given him and his sons (i.e. monks) this wilderness as an inheritance. When he returned, he found that his wife, who was a virgin, had already passed away. Shortly after, his parents died, that St Macarius gave his entire inheritance to the poor.

As a young man, he was seized and made a priest of a village in Egypt. It happened one day that a girl from that village fell and became pregnant. St Macarius was falsely accused of being the father, and was bitterly insulted, abused and humiliated by her family and the entire village. Astoundingly, instead of proclaiming his innocence, St Macarius reproached himself, saying, “Macarius, look, you have found yourself a wife! You have to work a little harder in order to take care of her.” So he worked night and day in order to provide for her. When the time came, the woman’s labour was exceedingly difficult, and was prolonged for many days until she confessed St Macarius’ innocence, and named the man with whom she sinned. When St Macarius heard that the village was coming to his cell to apologize and exalt him for his perseverance and humility, he fled to the wilderness of Sheheet, and thus he began his monasticism.

Wow! If you were in this situation what would you do? St Macarius had the guts to bear the responsibility of another’s fault, to the extent that he convinced himself that he was guilty, and worked hard to bear the punishment and shame of the sin. In doing so, St Macarius imitated his Christ. If he had done the opposite, and condemned the woman for lying, he would have fallen into judgement and self righteousness. Although it is not wrong to prove your innocence, it is commendable before God to bear the faults of another, “Bear one another’s burdens, and so fulfill the law of Christ” (Galatians 6:2). It was said of St Macarius that he always covered other people’s sins, “When he saw them (sins), it was as though he did not see them. And when he heard them, it was as though he did not hear them.”

The Different flavours of sin:

Abba Macarius was watching the road one time when he saw Satan approaching, dressed like a traveller, wearing a linen tunic full of holes, and from each hole there hung a pot. Abba Macarius asked him, “Where are you going? What are you going to do with those pots?” The devil answered, “I am on my way to stir up the brother’s thoughts. I am taking various kinds of food for the brothers to taste. If this one does not please one of the brothers, I offer him another. Certainly one of them has to please him.” St Macarius watched the road until the devil returned, and asked, “How are you?” The devil answered, “Why do you care how I am? The brothers were all rude to me, and none of them welcomed me!” Abba Macarius replied and said, “You didn’t make a single friend there?!” And the devil replied and said, “I did make one friend there, and he obeys me. When he sees me, he comes running like the wind… His name is Theopentus.”

Abba Macarius got up and went to the monastery in Nitria to find Theopentus, who received him eagerly and with joy. Abba Macarius tried to get Theopentus to confess his sinful thoughts, but Theopentus was too ashamed to tell the truth. St Macarius said to him, “to this day I have practiced asceticism this many years, and everyone honours me. I am an old man, but the spirit of fornication still troubles me.” Theopentus replied and said to him, “believe me, my father, I, too, have this trouble.” The old man, giving himself permission to speak, spoke of other thoughts that fought against him, until Theopentus confessed. St Macarius gave him ascetic practices to help him overcome his sin, and said to him, “If a thought comes to you, do not look down to it, but look upwards at all times and God will help you”.

On his way back, St Macarius saw that same demon, and said to him, “where are you going?” He said to Abba Macarius, “I want to stir up the brother’s thoughts.” When he returned, the saint said to him, “how did it go with the brothers?” And he said to him, “Badly! They were all rude to me, and the worst one was the one who was my friend, and who used to obey me. I don’t know why he changed; only that he does no longer obey me, but has become the rudest of them all.”

The devil will often entice us with many flavours of sin, some we can easily resist while others are more difficult. We should however, not do as the brother did when he hid his sins from St Macarius as this involves an element of pride. Let us take on the humility of St Macarius and reveal our sins to our confession father, as it says in Proverbs 28:13 “He who covers his sins will not prosper, But whoever confesses and forsakes them will have mercy.”

Do we so easily give in to thoughts of temptation or are we game enough to put up a fight? The fathers teach us that thoughts that attack us from the outside are likened to flies which will only settle on us if we allow them to. We need to be “rude” to the devil, in that we must resist temptation from the beginning. We often think that once we have overcome a certain thought, we are strong enough to conquer the other thoughts, but we must remember, “For she has cast down many wounded, and all who were slain by her were strong men.”(Proverbs 7:26) i.e. no one is strong against sin, God is our only refuge and in our victory over sin only He deserves the glory and credit.

St Macarius also teaches us how to treat the weaknesses in others; we not only go down to their level, but furthermore go below them in order to lift them up. In utmost humility, St Macarius confessed to Theopentus that he had thoughts of fornication and spoke to him about the other thoughts that battled him. He did this so that the brother would not be ashamed to confess his own sins, thus lifting him up from the state of shame that he was in from the devil’s temptations to repentance. This follows Christ’s example in Hebrews 2:18, “For in that He Himself has suffered, being tempted, He is able to aid those who are tempted.” None of us is without sin. When we see the sin of others, we need to empathise and lift them to repentance, instead of judging them, and suppressing them lower. 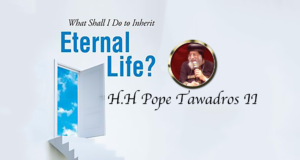 H.H. Pope Tawadros II - November 3, 2018
0
The Lord was asked this question by the young rich man who was beloved and respected, the Lord “looking at him, loved him’’ (Mark...