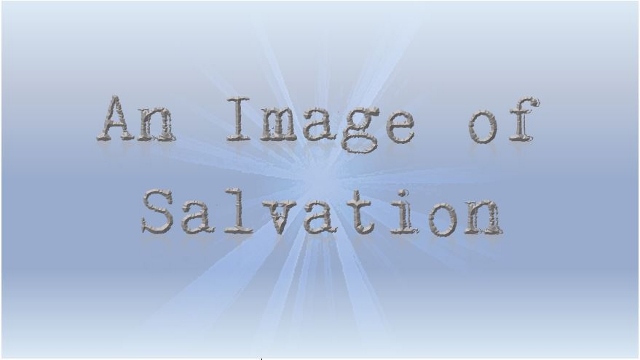 The blessed man Abraham had a brother who lived close by, and he died, leaving a daughter aged seven. She was left without parents, so she was brought to her uncle, who arranged for her to be placed in a room built on the outside wall of his hermitage. Now there was a certain man, who often used to come visit Abraham, under the pretext of edification. But being filled with the urgings of lust, he lay in ambush for Maria for a long time. Then one day he came to her cell window and she climbed down to him; at once he defiled her out of wicked iniquity and lust.

While the ruin of Maria the Niece of Abraham took place, the blessed man Abraham was warned of it in a dream. He saw a huge and terrible snake of foul appearance come out hissing and it went towards her cell. There he saw it snatch a dove and swallow her, crushing her in its jaws. Abraham was stirred and grieved and he wept bitterly, for he thought it meant that a persecution was to be stirred up by Satan against the Church and that many would turn against the faith, or that some kind of schism would beset the Church. So he knelt down and prayed to the Lord, saying, ‘You know all things, you love mankind, show me what is hidden in this dream’. Two days later he saw the snake come into his own cell, and place its head under his feet and die; an lo, the dove it had devoured was alive in its stomach and Abraham reached out and took her out alive. Astonished, he called again and again to the blessed girl, thinking she was in her cell and he said, ‘What has vexed you, my daughter Maria, (for this was his name for her) for two days now you have not opened your mouth in the praises of God?” But there was no reply nor did he hear her reading the psalms as usual, and so he realised that his dream must have been about her. Then he groaned and wept bitterly, and weeping he said, ‘Alas, a most cruel wolf has snatched my lamb away; my daughter has been taken away as a prisoner. ‘Then raising his voice he cried with tears, ‘Christ, Saviour of the world, give me back my lamb, Maria, and restore her to the flock alive, that I may not in my old age go out of this world in sorrow. Lord, do not despise my prayer but send your grace at once and snatch her unhurt from the mouth of the snake.’ Then for the two days that has passed in his dream, two years passed by, in which the life of his child went on as if in the stomach of a most foul snake. And all the time the holy man prayed constantly day and night for her to the Lord.

Now after two years, in order to learn where she was and how she was living, he called for someone very well known to him and asked him to make inquiries. Then this man found her, and with great pity for him in his heart, he brought back the news. At once the old man asked him to get him a horse and the dress of a soldier, so that he might go and find her without being recognised. So Abraham put on the dress of a soldier and put a large hat on his head so that it hid his face, and he opened the door of his cell. Thus blessed Abraham made use of an alien dress that he might turn her back from her flight. Let us marvel, brethren, at this second Abraham, for as the first Abraham went into battle with the kings and brought out his nephew, Lot, so this second Abraham went to war with the devil so that he might overcome him, and bring back his niece with even more triumph.

Now when he reached the place, he went into the brothel, and he looked all round very carefully to see if he could find the one he was seeking. When he had done this for some time he wanted to arrange to see her. And when she had come close he held her firmly with one hand, in a voice breaking with tears, he said to her. ‘Don’t you know me, Maria my child? Dear heart, am I not he who took care of you? What happened, my dear? Who hurt you, my daughter? What had become of the dress of angels that you used to wear? What has become of your virginity, your tears, your vigils, all your prayers? From what a height you have fallen, my child, into such a pit as this! Why, when you sinned, did you not tell me? Why could you not come and speak of it with me? For of course I would have done penance for you. For who is without sin, save God alone?’ While he saying this and much besides, Maria sat like a stone between his hands, overcome both by shame and fear. My dear, do not draw back from the mercy of God. To you, your sins seem like mountains, but God has spread his mercy over all that He has made. If sparks could set fire to the ocean, then indeed your sins could defile the purity of God! It is not new to fall, my daughter; what is wrong is to lie down when you have fallen. Remember where you stood before you fell. The Devil once mocked you, but now he will know that you can rise more strong than ever before. Then she said to him, ‘If you know of any penance I can do which God will receive from me, command me and lo, I will do it. So she put on the hair shirt and in humility of soul and body she wore out her eyes with weeping, with vigils, with the strictest asceticism, praying constantly to the Lord in modesty and stillness, lamenting her sins in firm hope of forgiveness. She prayed so movingly that no one who heard her lamentation could refrain from weeping. Who would not give thanks for her to God? For her repentance was greater than all measure of grief. While she prayed to the Lord to forgive what she had done, she asked God also for a sign that this was accomplished. The most merciful God, who does not will that anyone should perish but that all should repent, having seen such repentance rewarded her prayers after three years by giving her the gift of healing. Crowds of people came to her daily and she would heal them all by her prayers for their salvation.

“To you, your sins seem like mountains, but God has spread his mercy over all that He has made. If sparks could set fire to the ocean, then indeed your sins could defile the purity of God! It is not new to fall, my daughter; what is wrong is to lie down when you have fallen. Remember where you stood before you fell!” 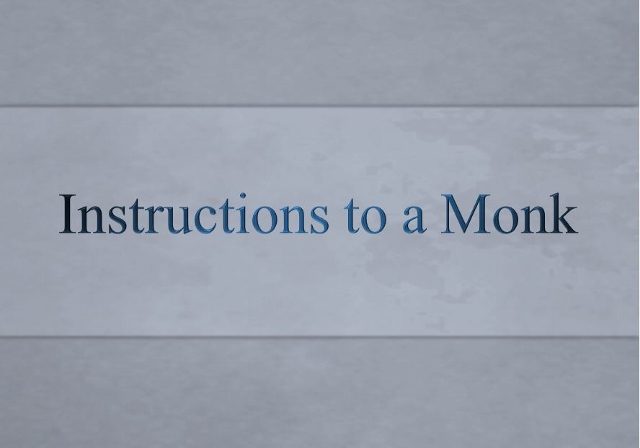 Instructions To A Monk

Featured Article - January 10, 2017
0
My son, listen and be wise, accept the true doctrine, for there are many ways. Be able to obey God like Abraham, who abandoned...