Home Biblical The Glory Of The Priesthood
Facebook
WhatsApp 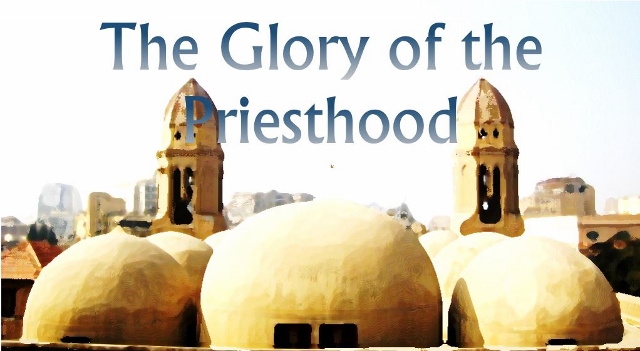 The work of the priesthood is done on earth, but it is ranked among heavenly ordinances and this is only right, for no man, no angel, no archangel, no other created power, but the Paraclete himself ordained this succession, and persuaded men, while still remaining in the flesh to represent the ministry of angels. The priest, therefore, must be as pure as if he were standing in heaven itself, in the midst of those powers.

The symbols which existed before the ministry of grace were fearful and awe inspiring: for example, the bells, the pomegranates, the stones on the breastplate, the stones on the ephod, the mitre, the diadem, the long robe, the golden crown, the Holy of Holies, the deep silence within. But if you consider the ministry of grace, you will find that those fearful and awe inspiring symbols are only trivial. The statement about the Law is true here also: “The splendor that once was is now no splendor at all; it is outshone by a splendor greater still.”‘ When you see the Lord sacrificed and lying before you, and the High Priest standing over the sacrifice and praying, and all who partake being stained with that precious blood, can you think that you are still among men and still standing on earth? Are you not at once transported to heaven, and, having driven out of your soul every carnal thought, do you not with soul naked and mind pure look round upon heavenly things? Oh, the wonder of it! Oh, the lovingkindness of God to men! He who sits above with the Father is at that moment held in our hands, and gives himself to those who wish to clasp and embrace him which they do, all of them, with their eyes. Do you think this could be despised? or that it is the kind of thing anyone can be superior about?

Would you like to be shown the excellence of this sacred office by another miracle? Imagine in your mind’s eye, if you will, Elijah and the vast crowd standing around him and the sacrifice lying upon the stone altar. All the rest are still, hushed in deep silence. The prophet alone is Page 2 praying. Suddenly fire falls from the skies on to the offering. It is marvelous; it is charged with bewilderment. Turn, then, from that scene to our present rites, and you will see not only marvelous things, but things that transcend all terror. The priest stands bringing down, not fire, but the Holy Spirit. And he offers prayer at length, not that some flame lit from above may consume the offerings, but that grace may fall on the sacrifice through that prayer, set alight the souls of all, and make them appear brighter than silver refined in the fire. Can anyone, not quite mad and deranged, despise this most awe inspiring rite? Do you not know that no human soul could ever have stood that sacrificial fire, but all would have been utterly annihilated, except for the powerful help of God’s grace?

For earth’s inhabitants, having their life in this world, have been entrusted with the stewardship of heavenly things, and have received an authority which God has not given to angels or archangels. Not to them was it said, “What things so ever ye shall bind on earth shall be bound also in heaven ; and what things so ever ye shall loose, shall be loosed.” (Matt 18:18) Those who are lords on earth have indeed the power to bind, but only men’s bodies. But this binding touches the very soul and reaches through heaven. What priests do on earth, God ratifies above. The Master confirms the decisions of his slaves. Indeed he has given them nothing less than the whole authority of heaven. For he says, “Who so ever sins ye forgive, they are forgiven, and whose so ever sins ye retain, they are retained.”(Jn 20:23) What authority could be greater than that? “The Father has given all judgment unto the Son.” (Jn 5:22) But I see that the Son has placed it all in their hands. For they have been raised to this prerogative, as though they were already translated to heaven and had transcended human nature and were freed from our passions.

Again, if a king confers on one of his subjects the right to imprison and release again at will, that man is the envy and admiration of all. But although the priest has received from God an authority as much greater than that, as heaven is more precious than earth and souls than bodies, some people think he has received so slight an honour that they can imagine someone entrusted with it actually despising the gift. God save us from such madness! For it is patently mad to despise this great office without which we cannot attain to salvation or God’s good promises.

For if a man “cannot enter into the kingdom of heaven except he be born again of water and the spirit,” (Jn 3:5) and if he that eats not the Lord’s flesh and drinks not his blood is cast out of everlasting life,’ and all these things can happen through no other agency except their sacred hands (the priests’ I mean), how can anyone, without their help, escape the fire of Gehenna or win his appointed crown ? They are the ones—they and no others who are in charge of spiritual travail and responsible for the birth that comes through baptism. Through them we put on Christ and are united with the Son of God and become limbs obedient to that blessed Head. So they should properly be not only more feared than rulers and kings, but more honored even than fathers. For our fathers begot us “of blood and the will of the flesh” (Jn 1:13); but they are responsible for our birth from God, that blessed second birth, our true emancipation, the adoption according to grace.

But, to return to the topic from which I digressed, God has given greater power to priests than to natural parents, not only for punishment, but also for help. The difference between the two is as great as between the present and the future life. Parents bring us into this life; priests into the life to come. Parents cannot avert bodily death nor drive away the onset of disease; priests have often saved the soul that is sick and at the point of death, by making the punishment milder for some, and preventing others from ever incurring it, not only through instruction and warning, but also through helping them by prayer. They have authority to remit sins, not only when they make us regenerate, but afterwards too “Is any among you sick? Let him call for the elders of the Church, and let them pray over him, anointing him with oil in the name of the Lord. And the prayer of faith shall save him that is sick, and the Lord shall raise him up, and if he have committed sins, they shall be forgiven him.” (Jas 5:14) 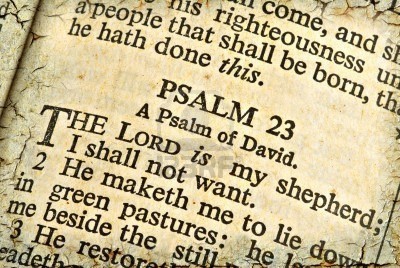 One of the Youth - February 27, 2016
1
The following is a contemplation on a psalm we all know very well and if you allow me, you may see it from a...