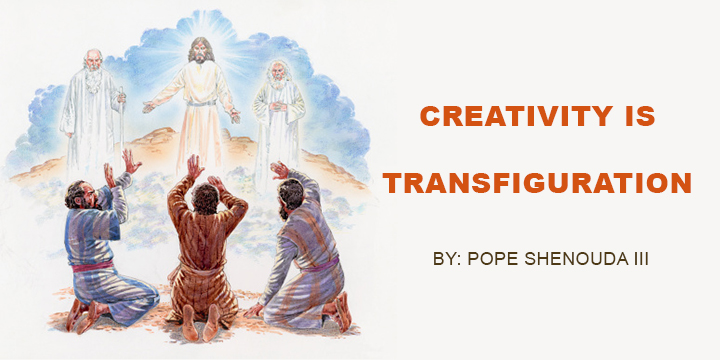 We have mentioned before, that the human nature obtains a kind of transfiguration in the general resurrection, when it will be clothed with spiritual heavenly incorruptible bodies, and human beings will become like the angels of God in heaven. But there are some kinds of transfiguration which happen here in life upon the earth.

The transfiguration of thoughts

Sometimes thoughts are eloquent and creative, bringing out extremely ravishing ideas. That happens to a poet whose imagination and thinking becomes radiant in writing a poem of verse; or to a writer who composes a story or a novel while he is at the top of his creative capacity, in a state of transfiguration, in the depth of intelligence, and the depth of imagination.

These are kinds of transfiguration in the fields of many arts and gifts. It happens to an artist, or a designer, or a sculptor, or a musician, or a poet, or a novelist. Any one of these gifted people presents a marvellous masterpiece whose author is then described that he was in a state of transfiguration in his feelings and senses and thoughts, during the production. All these cases may be for a moment, during the production and the fabrication, and may be representing a case of perpetual transfiguration of gifts, and may appear even in infancy.

A human being may be transfigured in some spiritual qualities. In human touches which he possesses, and which have a personal touch; in mercy for instance or tenderness or commiseration, or the forgiveness of offenders. As we read about that in some stories about the saint Abram, the bishop of Fayoum, or the saint Sarabamoun, the bishop of Menoufiah, or the saint Roueis. This transfiguration may appear in the thoughts or the responses of some saints, as it was mentioned in the words of the saint Antonios, or the sayings of many fathers, which were registered in “the Paradise of the Monks”. Words at which, man stands amazed, and meditates upon their depth, and says: “Undoubtedly, this was a case of transfiguration in which the fathers pronounced what they said, so that the generations have preserved their words!

The case of transfiguration could be one of the great works of grace in man. As the apostle saint Paul said: “, “But by the grace of God I am what I am, and His grace toward me was not in vain… yet not I, but the grace of God which was with me” (1 Cor. 15:10). Extraordinary capabilities and gifts are transfigured in man as a result of the work of grace. His image is granted a form that amazes those who see him as a result of transfiguration. It was said about saint Stephen in the story of his martyrdom, that during his trial before the congregation of the Jews: “And all who sat in the council, looking steadfastly at him, saw his face as the face of an angel” (Acts 6:15).

Monks and the Fear of God

Jesus Fasted And Was Tempted 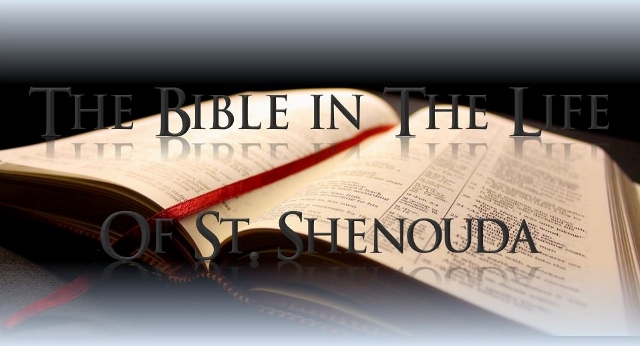