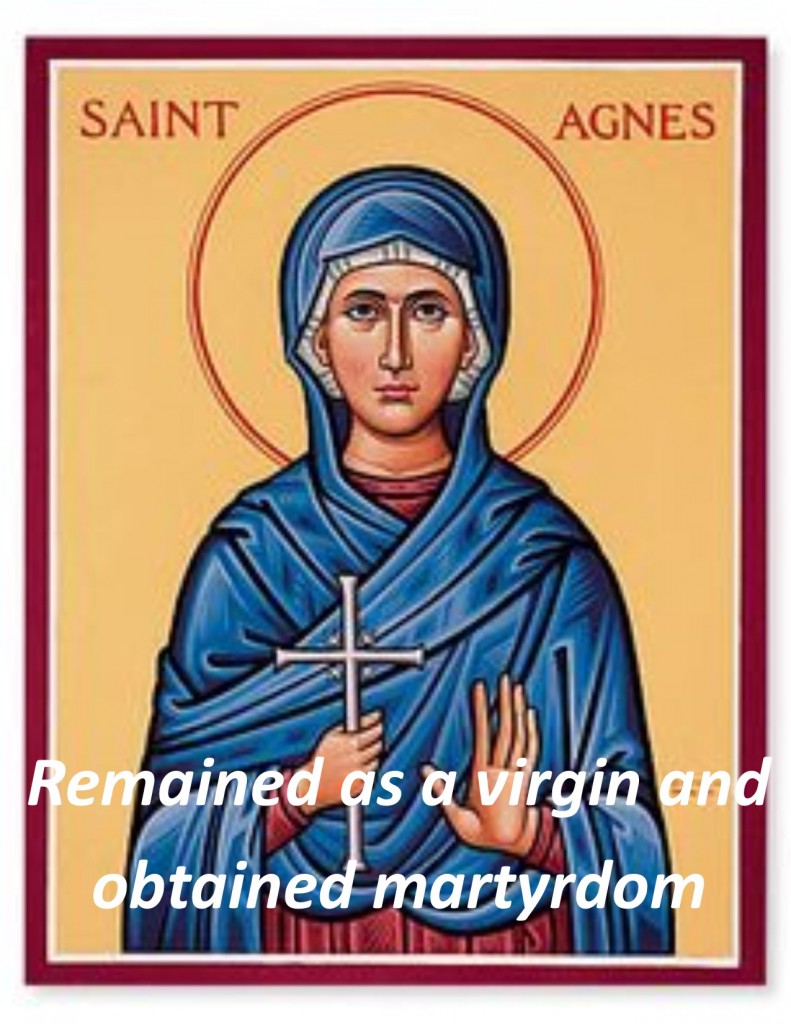 My task begins favorably, that since today is the birthday of a virgin, I have to speak of virgins, and the treatise has its beginning from this discourse. It is the birthday of a martyr, let us offer the victim. It is the birthday of St. Agnes, let men admire, let children take courage, let the married be astounded, let the unmarried take an example. But what can I say worthy of her whose very name was not devoid of bright praise? In devotion beyond her age, in virtue above nature, she seems to me to have borne not so much a human name, as a token of martyrdom, whereby she showed what she was to be.

She is said to have suffered martyrdom when twelve years old. The more hateful was the cruelty, which spared not so tender an age, the greater in truth was the power of faith which found evidence even in that age. Was there room for a wound in that small body? And she who had no room for the blow of the steel had that wherewith to conquer the steel. But maidens of that age are unable to bear even the angry looks of parents, and are wont to cry at the pricks of a needle as though they were wounds. She was fearless under the cruel hands of the executioners, she was unmoved by the heavy weight of the creaking chains, offering her whole body to the sword of the raging soldier, as yet ignorant of death, but ready for it. Or if she were unwillingly hurried to the altars, she was ready to stretch forth her hands to Christ at the sacrificial fires, and at the sacrilegious altars themselves, to make the sign of the Lord the Conqueror, or again to place her neck and both her hands in the iron bands, but no band could enclose such slender limbs.

A new kind of martyrdom! Not yet of fit age for punishment but already ripe for victory, difficult to contend with but easy to be crowned, she filled the office of teaching valor while having the disadvantage of youth. She would not as a bride so hasten to the couch, as being a virgin she joyfully went to the place of punishment with hurrying step, her head not adorned with plaited hair, but with Christ. All wept, she alone was without a tear. All wondered that she was so readily prodigal of her life, which she had not yet enjoyed, and now gave up as though she had gone through it. Everyone was astounded that there was now one to bear witness to the Godhead, who as yet could not, because of her age, dispose of herself. And she brought it to pass that she should be believed concerning God, whose evidence concerning man would not be accepted. For that which is beyond nature is from the Author of nature.

What threats the executioner used to make her fear him, what allurements to persuade her, how many desired that she would come to them in marriage! But she answered: “It would be an injury to my spouse to look on any one. as likely to please me. He who chose me first for Himself shall receive me. Why are you delaying, executioner? Let this body perish which can be loved by eyes which I would not.” She stood, she prayed, she bent down her neck. You could see the executioner tremble, as though he himself. had been condemned, and his right hand shake, his face grow pale, as he feared the peril of another, while the maiden feared not for her own. You have then in one victim a twofold martyrdom, of modesty and of religion. She both remained a virgin and she obtained martyrdom. 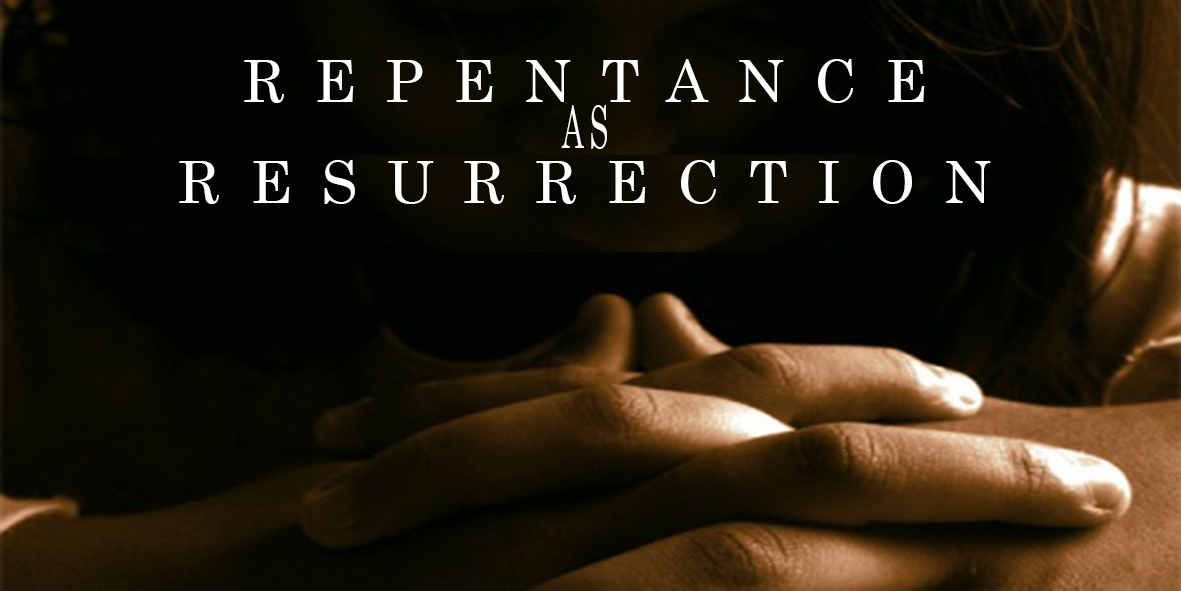 John Chryssavgis - May 5, 2016
0
Most Christians intuitively understand a connection between repentance and resurrection. Many appreciate how repentance and forgiveness can lead to new life. What is harder...