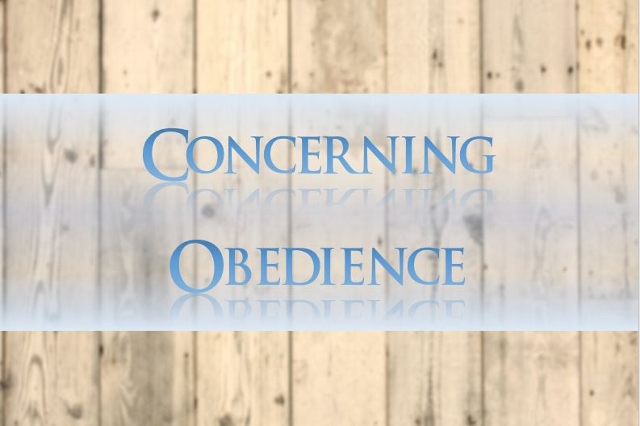 Rare are they who know the mystery of obedience. The obedient man is great in the sight of God. He follows in the footsteps of Christ, Who in Himself gave us the pattern of obedience. The Lord loves the obedient soul and affords her His peace, and then all is well and the soul feels love towards all men.

The obedient man has put his whole trust in God, where-fore his soul dwells continually in God, and the Lord gives him His grace; and this grace instructs him in every good thing, and gives him the strength to abide in goodness. He sees evil but evil does not approach his soul, for the grace of the Holy Spirit is with him, which preserves him from all sin, and he is at peace, and prays to God unburdened.

The obedient soul is beloved of the Holy Spirit, and soon knows the Lord and receives the gift of prayer of the heart. The obedient man has surrendered himself to God’s will, wherefore he is given the gifts of freedom and rest in God, and he prays with mind distracted; but the proud and disobedient cannot pray with a single mind, however austerely they may live. They know neither the manner of the working of grace nor whether the Lord has forgiven them their sins. But the obedient man is conscious without a shadow of doubt that his sins are forgiven him, because he feels the presence of the Holy Spirit in his soul.

The spirit of obedience is necessary not only in monks but in everyone else, too. Even the Lord was obedient. The proud and those who are a law unto themselves prevent the indwelling of grace and therefore never know peace of soul; whereas the grace of the Holy Spirit enters with ease into the soul of the obedient, bringing joy and quiet.

All men seek after rest and joy but few know where to find this joy and rest, or what is required to attain them. There is a monk I have seen for thirty-five years, soul ever glad and face ever pleasant, though he is old now. This is because he is devoted to obedience. His soul is given over to God’s will, and he knows not a care in the world. Filled with love for the, Lord, his soul contemplates Him. He who bears within him even a small measure of grace will submit joyously to all authority. He knows that God rules over both heaven and earth, over himself and his affairs, over everything in the world, and therefore he is always tranquil.

The obedient man has given himself over to the will of God and has no fear of death, for his soul is accustomed to live with God, and loves God. He has cut out his own will and so neither in soul nor body is he troubled by the conflict which torments the rebellious and self-willed.

The truly obedient man detests his own will and loves his spiritual father, and for this he receives freedom to pray to God with undistracted mind, and his soul is free without hindrance to contemplate God, and rest in Him. On account of his humility and the prayers of his spiritual father he soon arrives at the love of God.

Why did the holy Fathers set obedience above fasting and prayer? Because feats of spiritual endeavour without obedience foster vainglory, whereas the obedient novice is simply doing as he is told and has no occasion to pride himself on what he does. Moreover, the obedient man has cut out his self-will completely, and only heeds his spiritual father, wherefore he is free from every care, and can pray with an undistracted mind. When a man lives in obedience, his mind is entirely taken up by God and the precepts of his elder; whereas the man who does not know obedience is concerned with all sorts of things and in mind is critical of his elder, and so cannot contemplate God.

I know a certain monk on whom obedience had laid a heavy burden. He had the gift of the prayer of the heart, and the Lord gave him tears to weep for the whole world; and the Abbot told him: ‘This is given to you because of your obedience.’ Obedience preserves a man from pride. For obedience he receives the gift of prayer and the grace of the Holy Spirit. This is why obedience ranks above fasting and praying.

Had the angels (the fallen angels) observed obedience, they would have continued in heaven, ever singing the glory of the Lord. And had Adam not disobeyed, both he and his seed with him would have remained in paradise. But even now it is possible to regain paradise through repentance. The Lord loves us dearly, despite our sins, if only we will humble ourselves and love our enemies. But he who loves not his enemies will never find peace, even though he were to be set down in paradise.

St Mary As An Example of Virginity