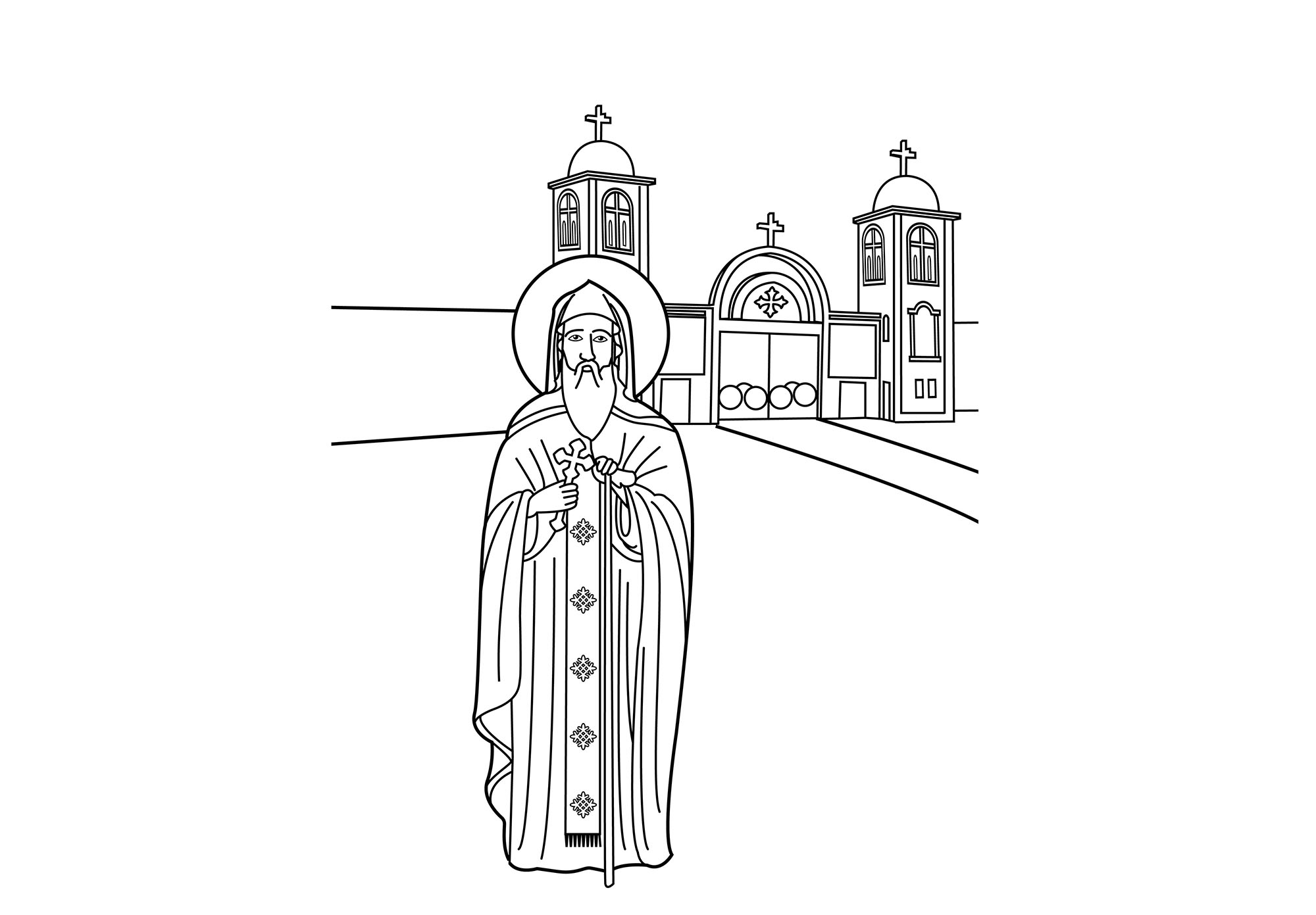 St. Shenouda the Archimandrite (348-466 A.D.) was the abbot of the White Monastery of Atribe in the desert of Thebes, Egypt, for more than 65 years. He was the abbot of over 2200 monks and 1800 nuns. He is called Archimandrite (the head of anchorites) because he used to practice the solitary life from time to time, and he also used to encourage some of his monks to withdraw to the desert after a few years of coenobetic life (living together in monastic community). In 431 A.D. he accompanied Pope St. Cyril the Great of Alexandria to the Ecumenical Council of Ephesus. Saint Wissa, his disciple, recorded his autobiography on his feast day highlighting the many virtues and miracles that the Lord accomplished in his life.

A virtuous life is embarked upon, maintained and perfected by prayer. Simply put, to have Christ dwelling within, one needs to be as zealous for communion with Him as was the case in St Shenoud’s life. He prayed twelve times a day and as a result was said to have ‘bore Christ’ in his heart and mind. In our case life’s duties gets the best of our time but ‘where there is a will there is a way’. If from a young age St. Shenouda, who also worked, pursued his prayer life immediately after his daily affairs, so like St Shenouda we need to be inclined to this urgent mindset of prayer as an essential part of our daily life.

Journeying home from work, the young boy Shenouda would hide himself inside a cistern of water in order to find seclusion in prayer. It is true that if you want to know the state of your soul then observe your thoughts, feelings and actions, when you are in solitude. Like St Shenouda, we needs to fulfil the rule of prayer by going into ‘the room’ of one’s heart in silence, followed by ‘closing of the door’ of distractions by the recitation of the Agpia Psalms in order come to speak freely and intimately with boldness to speak with God our Father. Prayer of this kind was seen in this Saint’s life that saw him consistently bearing Christ in the heart and revealed its outwards expression with tears of joy that continuously overflowed like living water from a fresh spring.

Yet when one becomes a beacon of God’s light, one cannot help but radiate and imitate his master, Christ who is ‘the brightness of [God’s] glory’ (Heb. 1:3). St Shenouda was once followed home by his boss, his father’s shepherd, only to be found hid in the cistern with hands lifted up in prayer and fingers lit like ten flamed candles. We may not become inflame yet, in our communion with God, but we will naturally ‘shine before men, that they may see your good works and glorify your Father in heaven’ (Mat 5:16).

Irrespective of your age, due to God’s dwelling within you, many will find you a source of blessing. A reflection of this is found in St Shenouda’s story as from a young age he was greeted by Abba Pigol, his aged uncle and the abbot of the monastery, bowed his head under the young Saint’s hands to be blessed by him. Here one sees that Holiness is not measured by the number of grey hairs but by the constant dwelling of God within. In like manner, status too is levelled when people experience God through you. People will be enlightened with a God-given favour towards you to view you as a source of guidance. St Shenouda found grace in the eyes of both the young and old and even the King of his time sought his wisdom. Hence coupling prayer with scripture one speaks God’s words with sweetness. One becomes like this Saint, whose words become ‘like honey to those who seek eternal life’. St Shenouda’s words too ‘brought fear and comfort’ in order reveal the God who afflicts the comforted and comforts the afflicted, both to lead to their salvation. 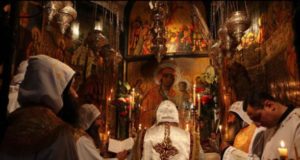 admin - August 29, 2019
0
Spiritual Life in the monastery according to St Pachomius The monastic foundation by Pachomius was primarily a spiritual one, and if it was to be...